Legionreturns Frets: 7090
October 2017 in Guitar Reviews
I posted a NGD thread about this a few days ago, and I haven't had a lot of time to play it so far but got it out for a slightly extended noodle tonight. This is therefore more of a "first impressions" review that an in depth one.

These normally retail at around £1400 but because the case had been slightly damaged, and then repaired (see pictures), by my local guitar shop (The excellent Keith Dawson Music ) it was reduced to £1100 and Keith gave me a bit more off as I'm  a somewhat spendy regular in his establishment! 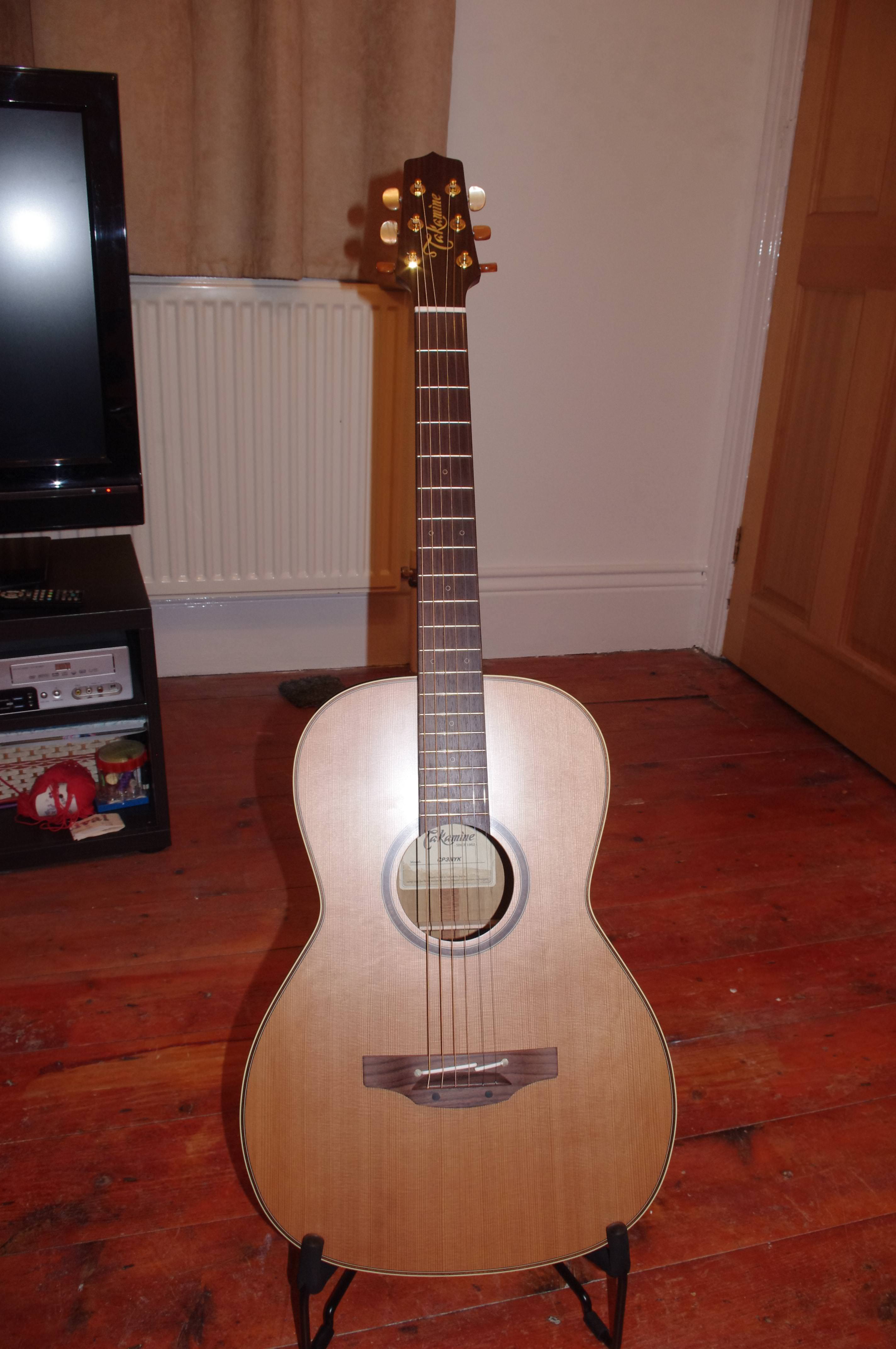 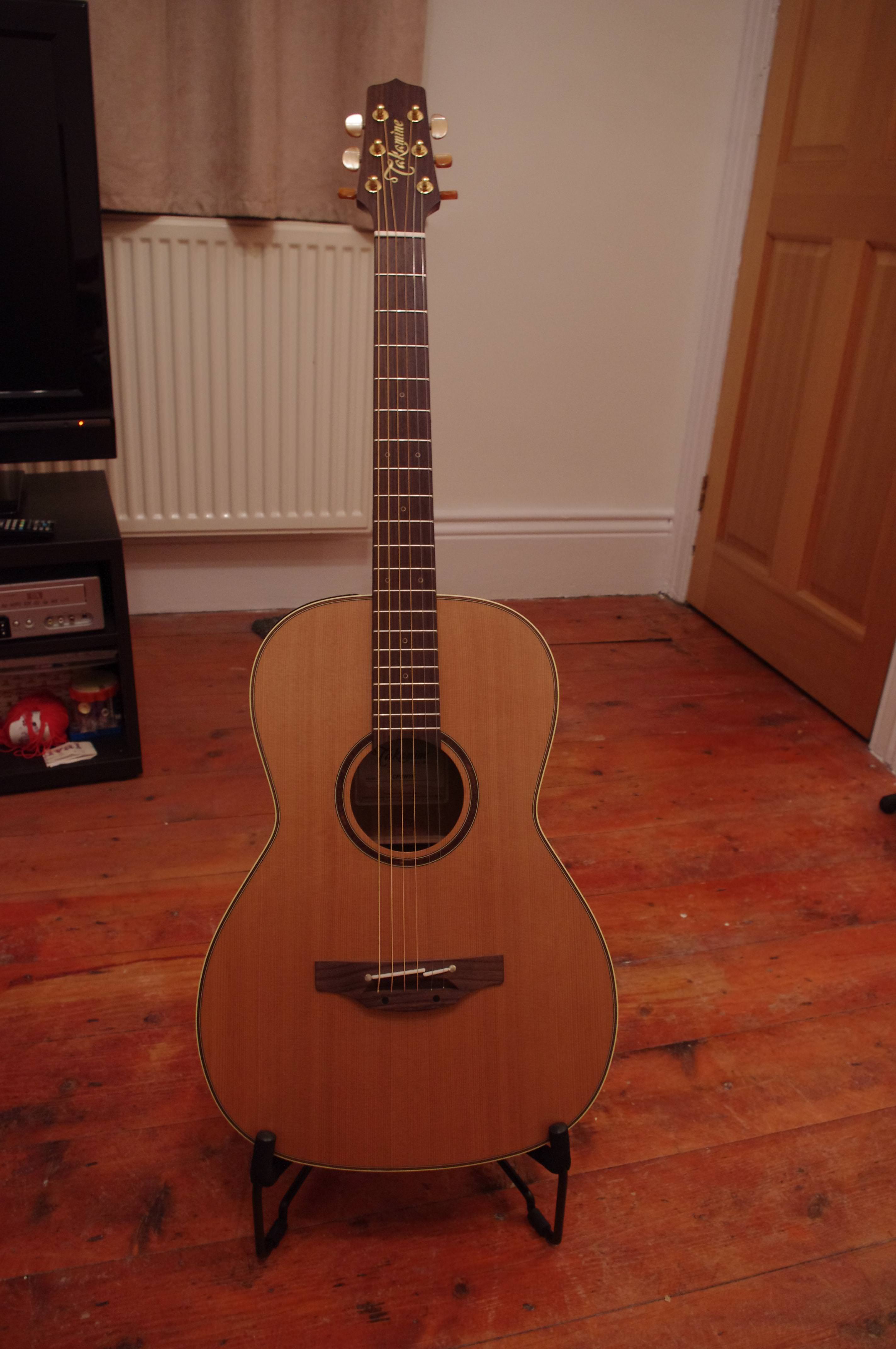 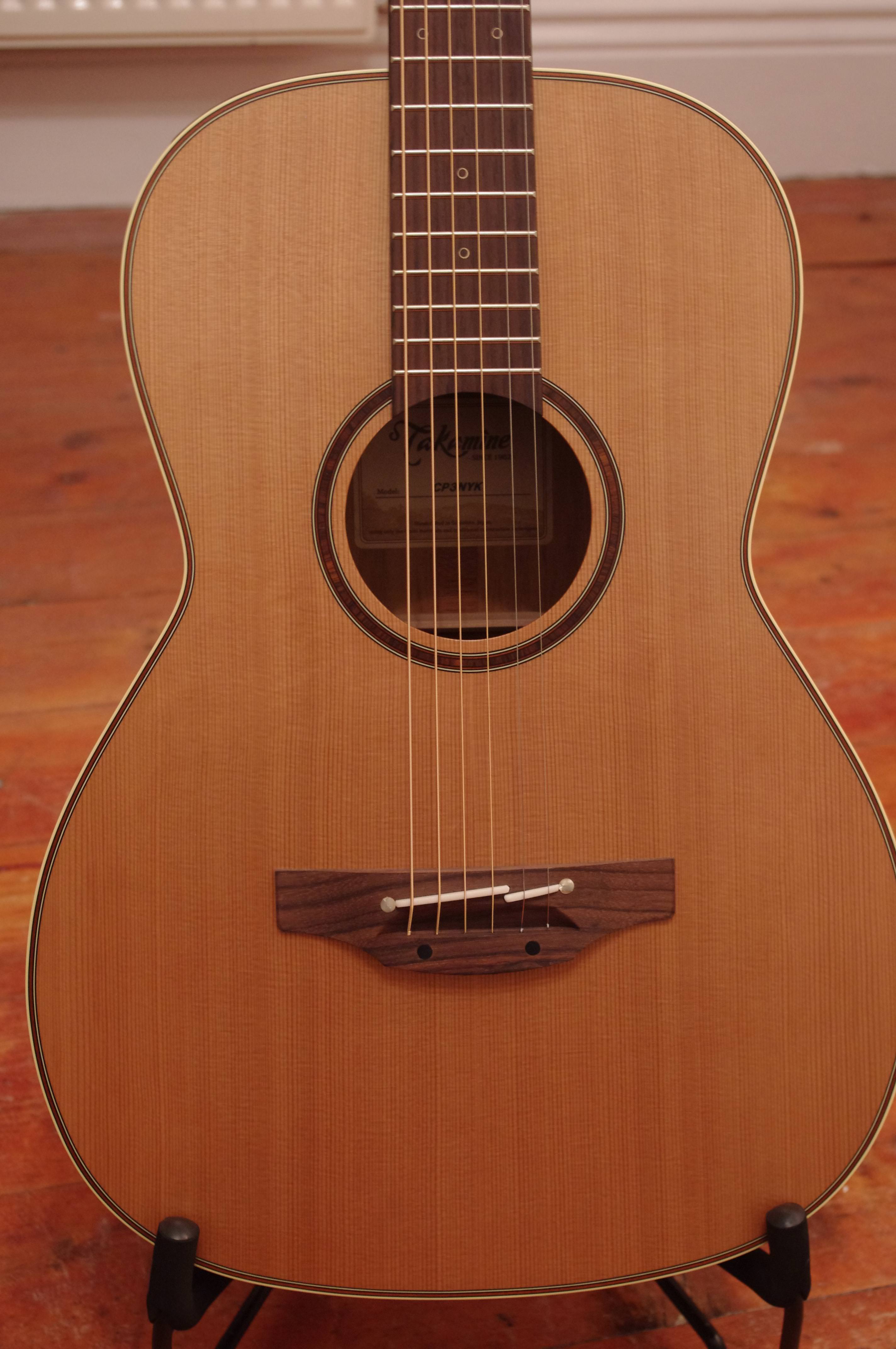 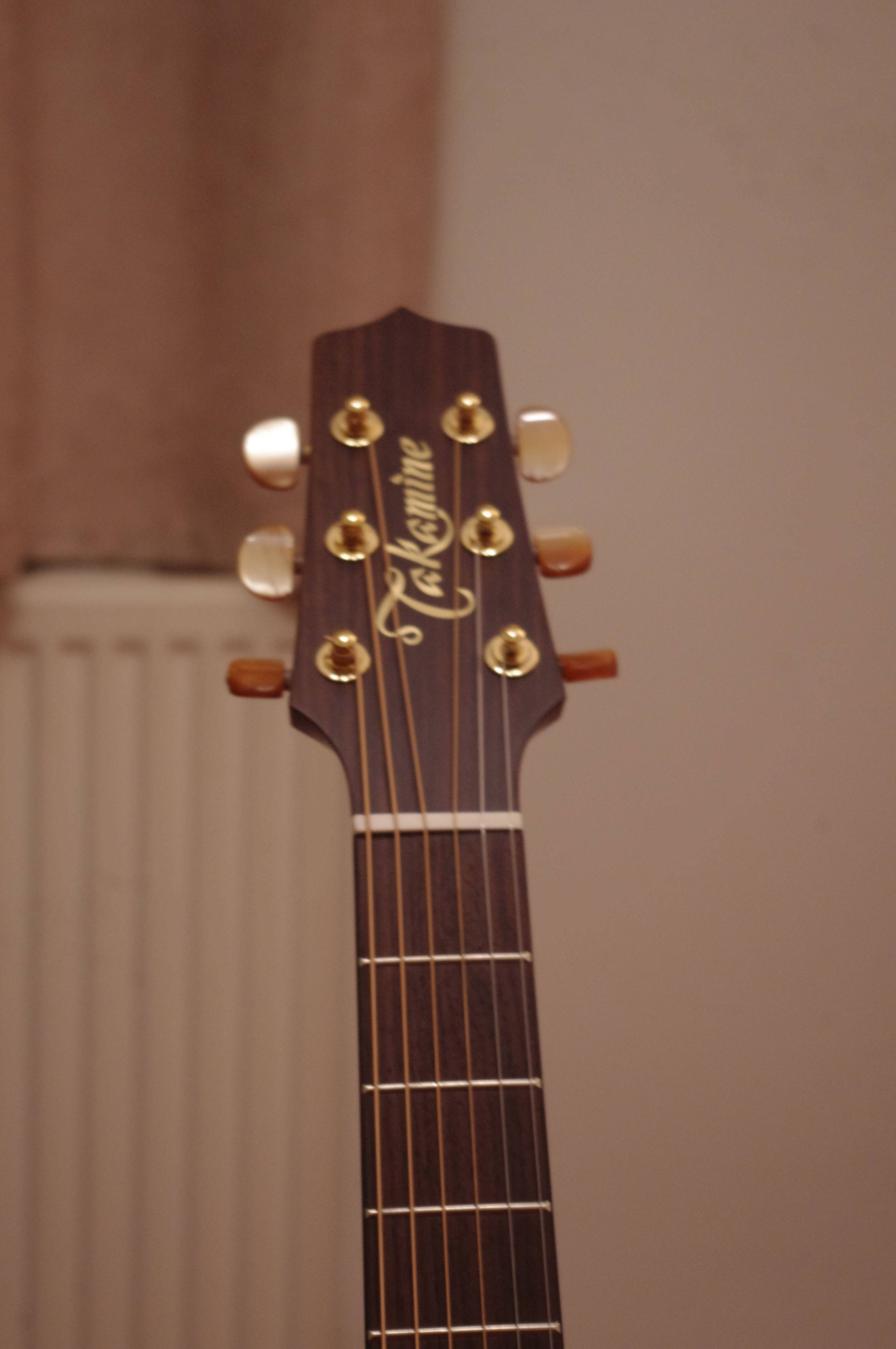 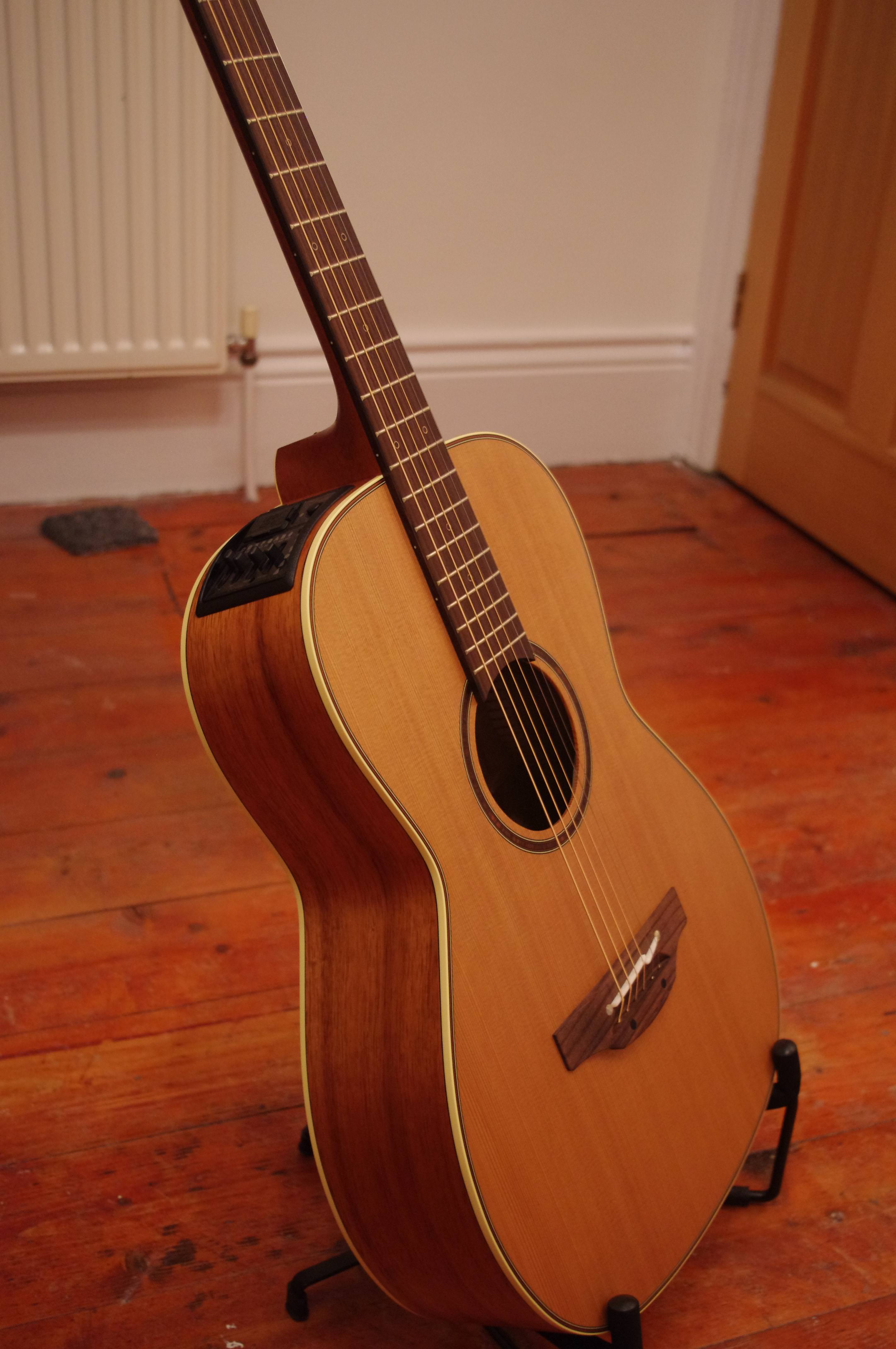 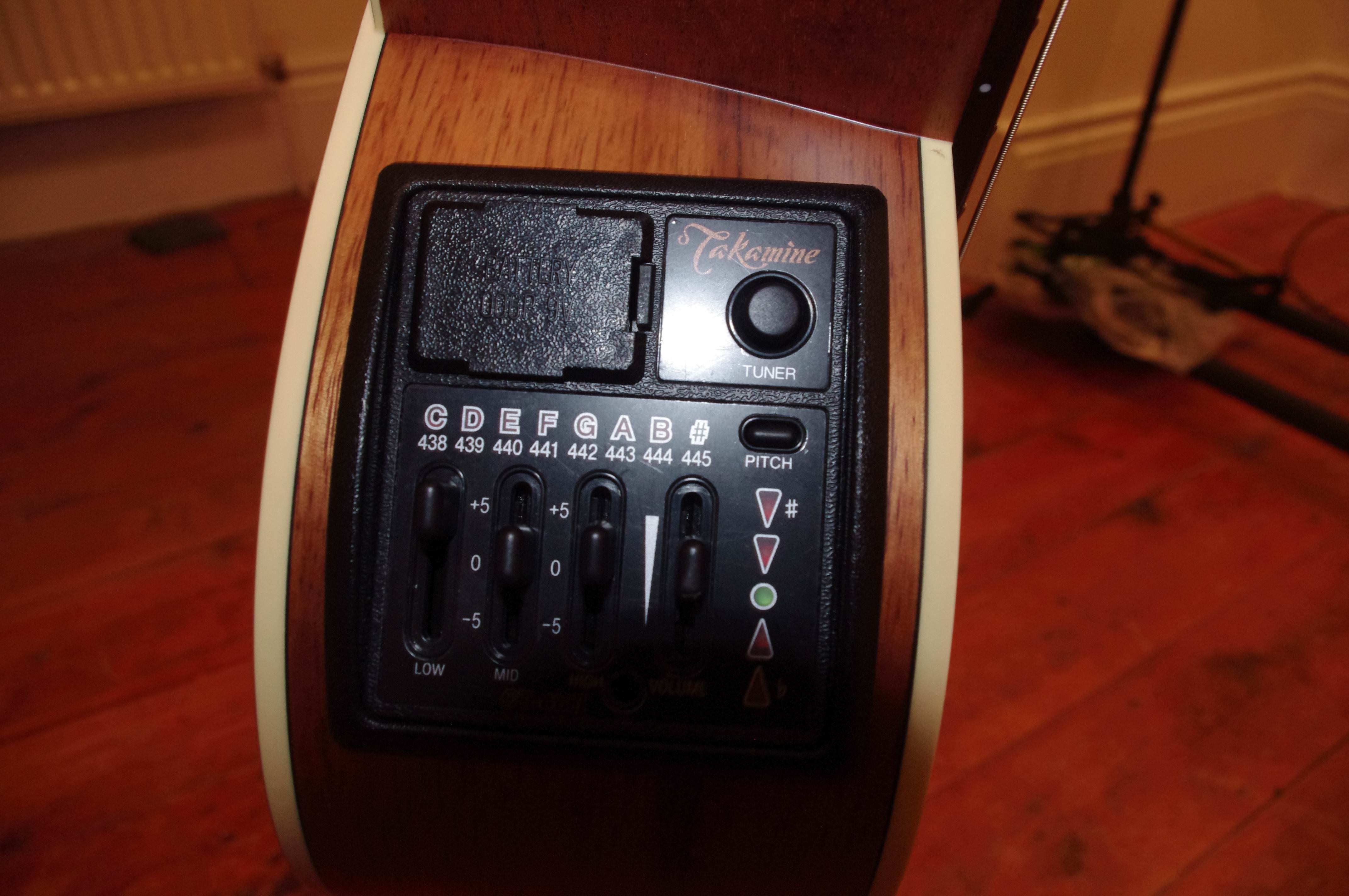 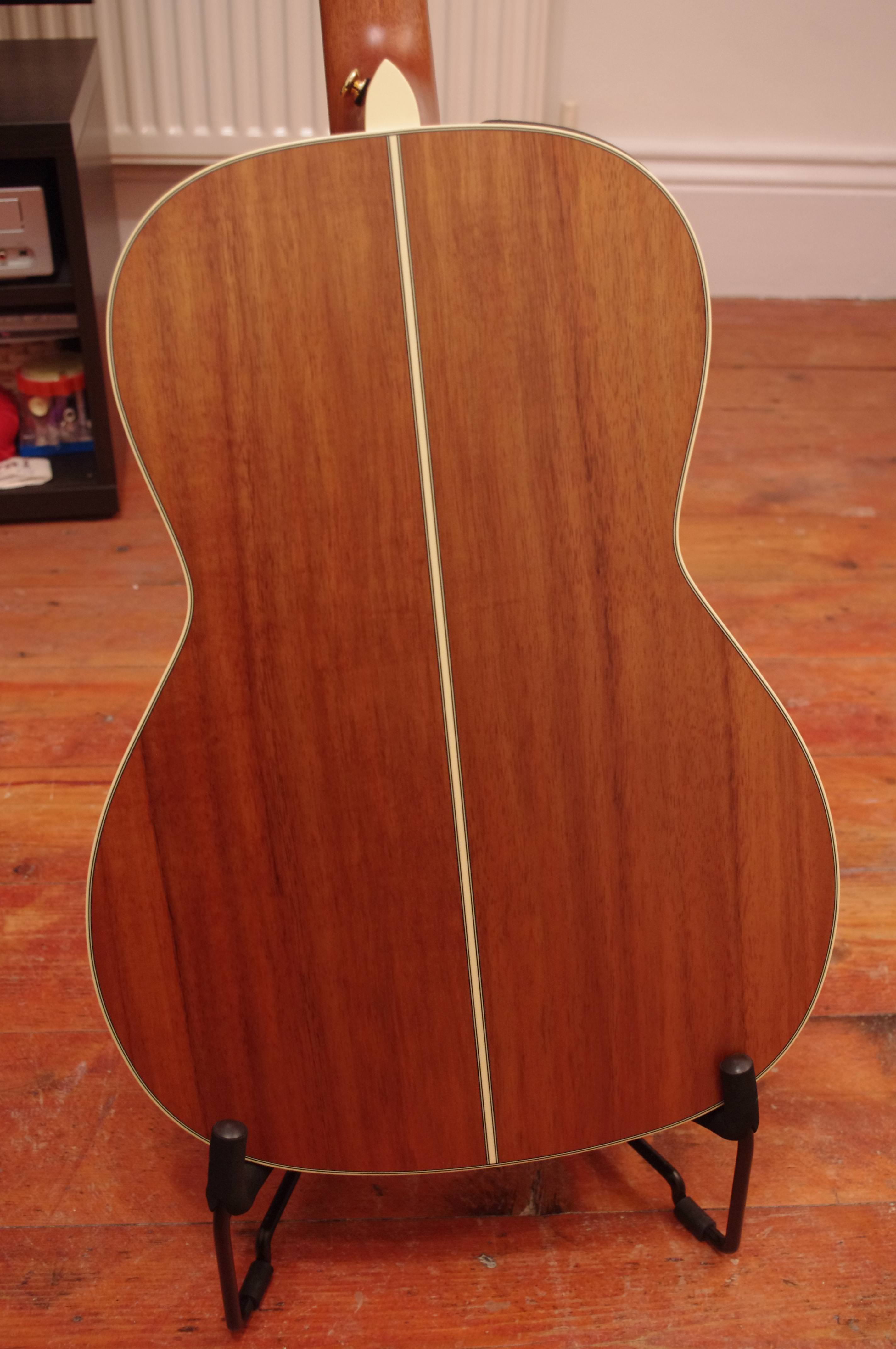 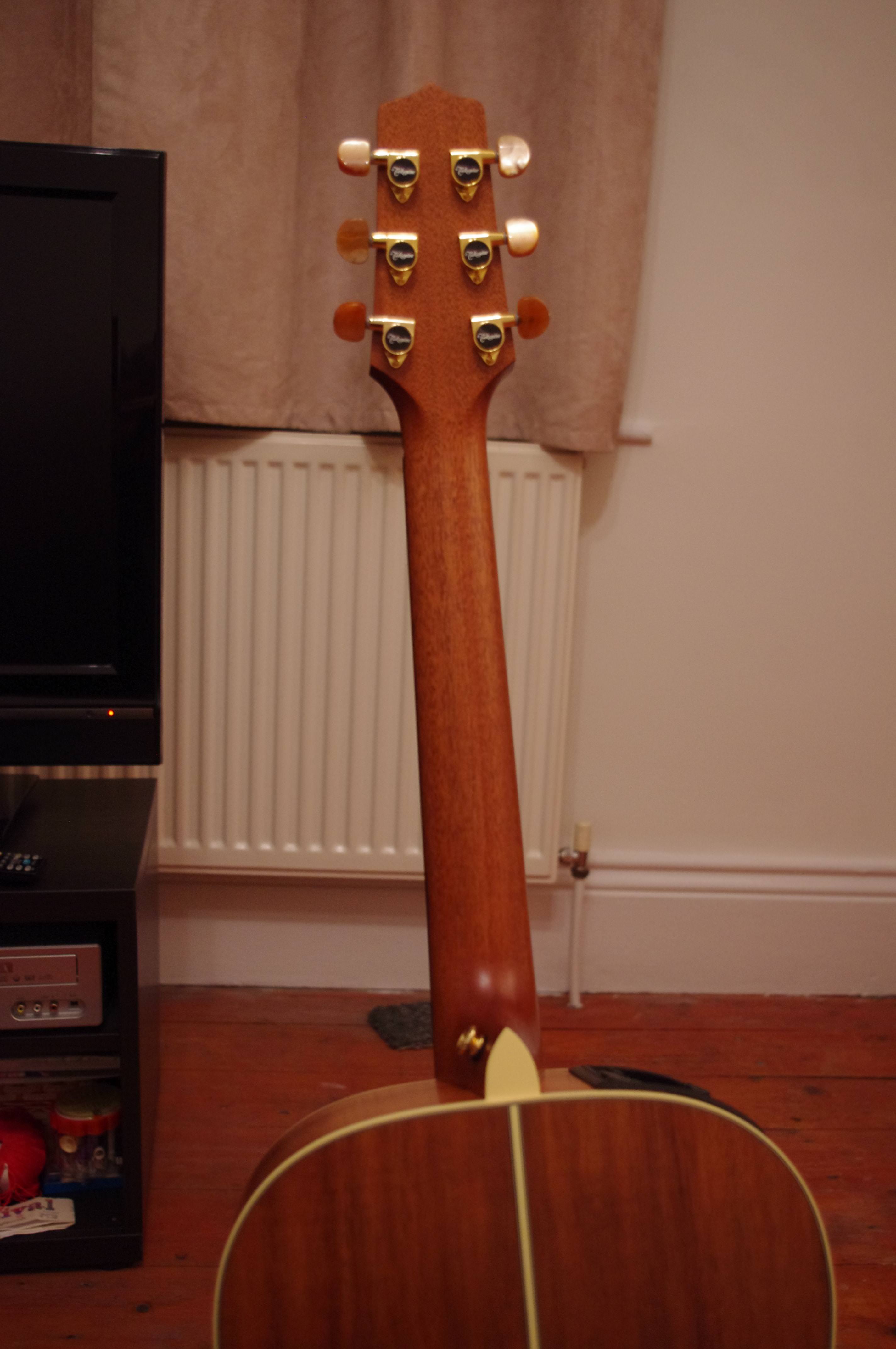 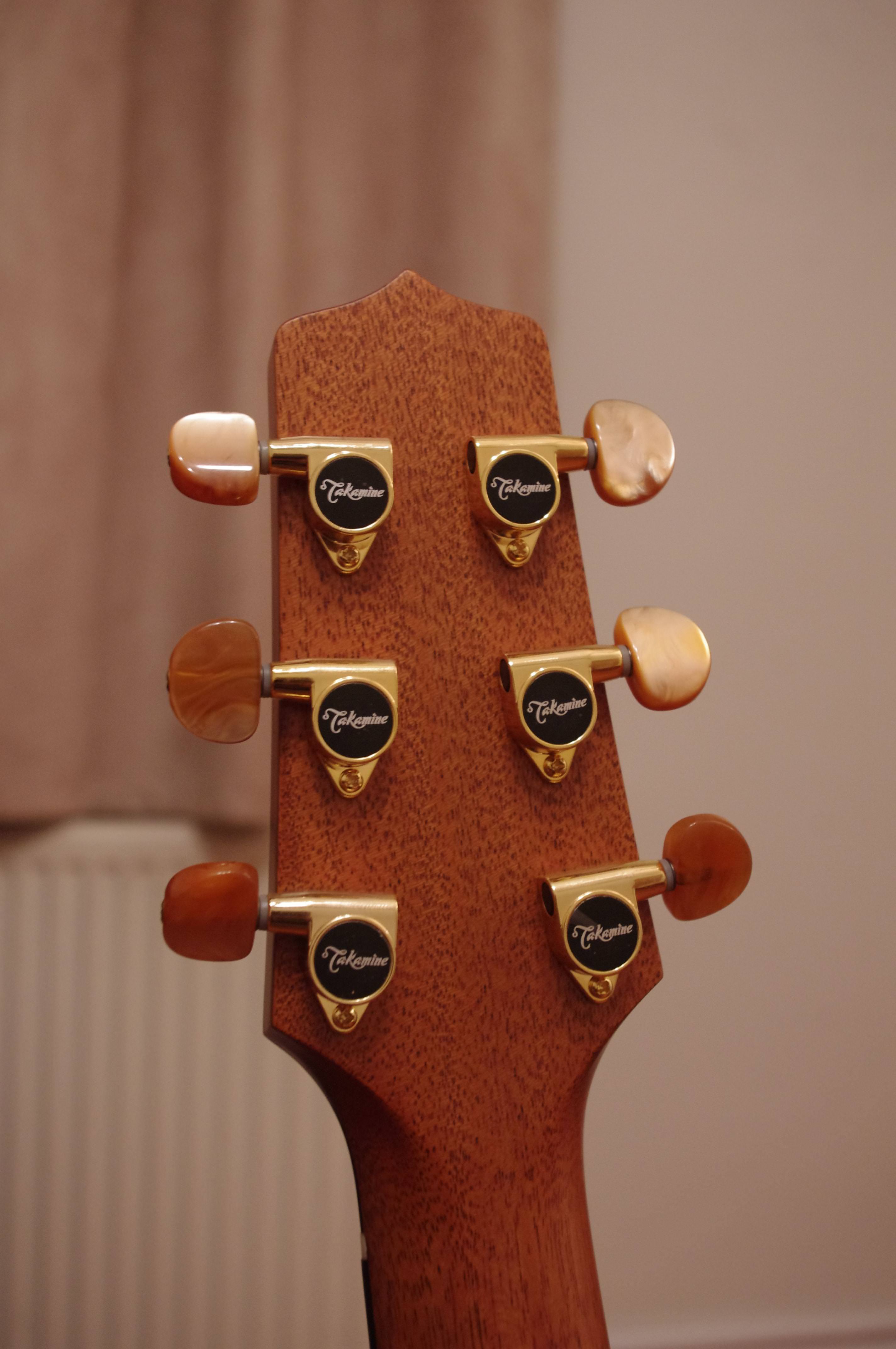 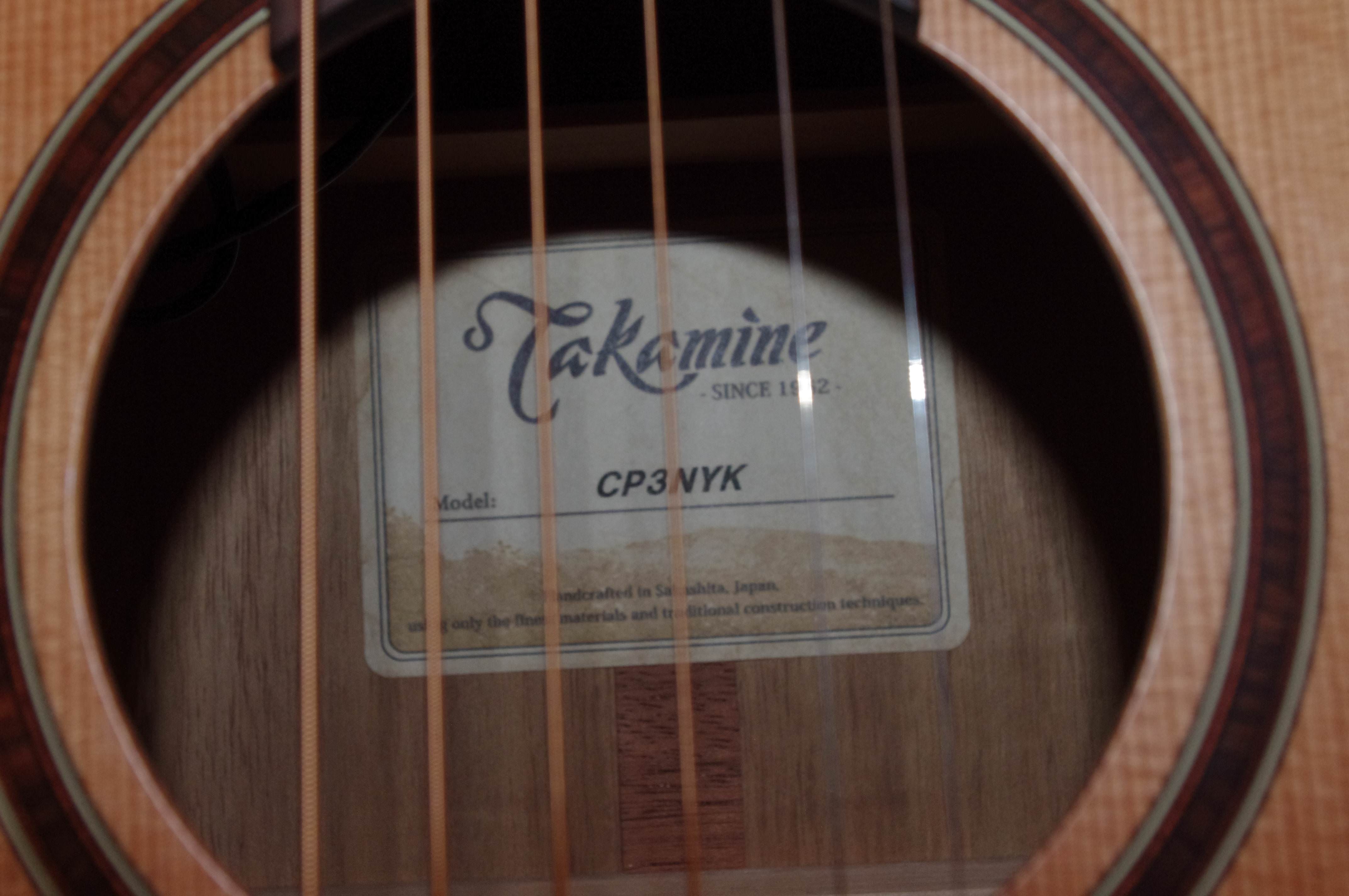 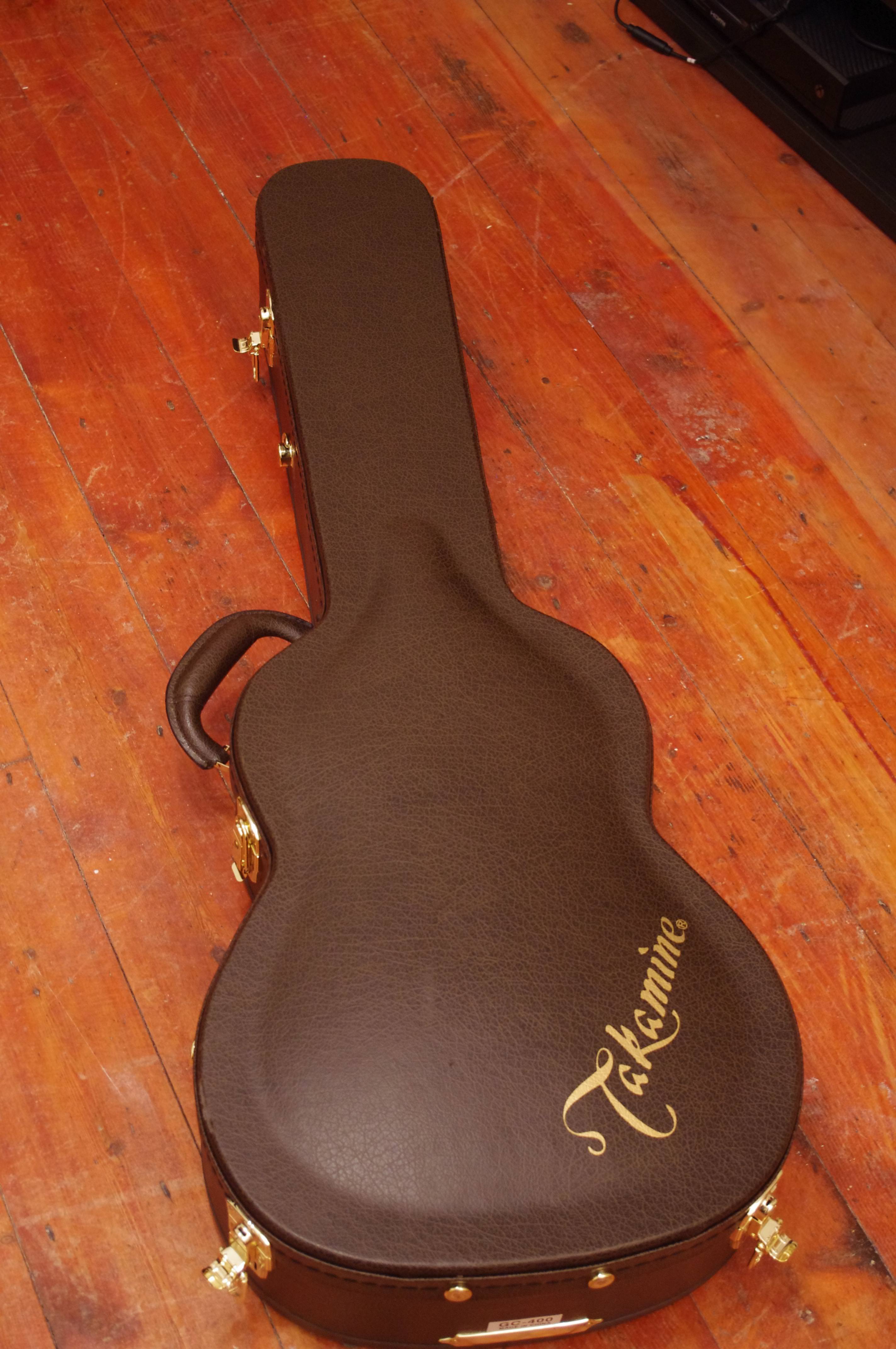 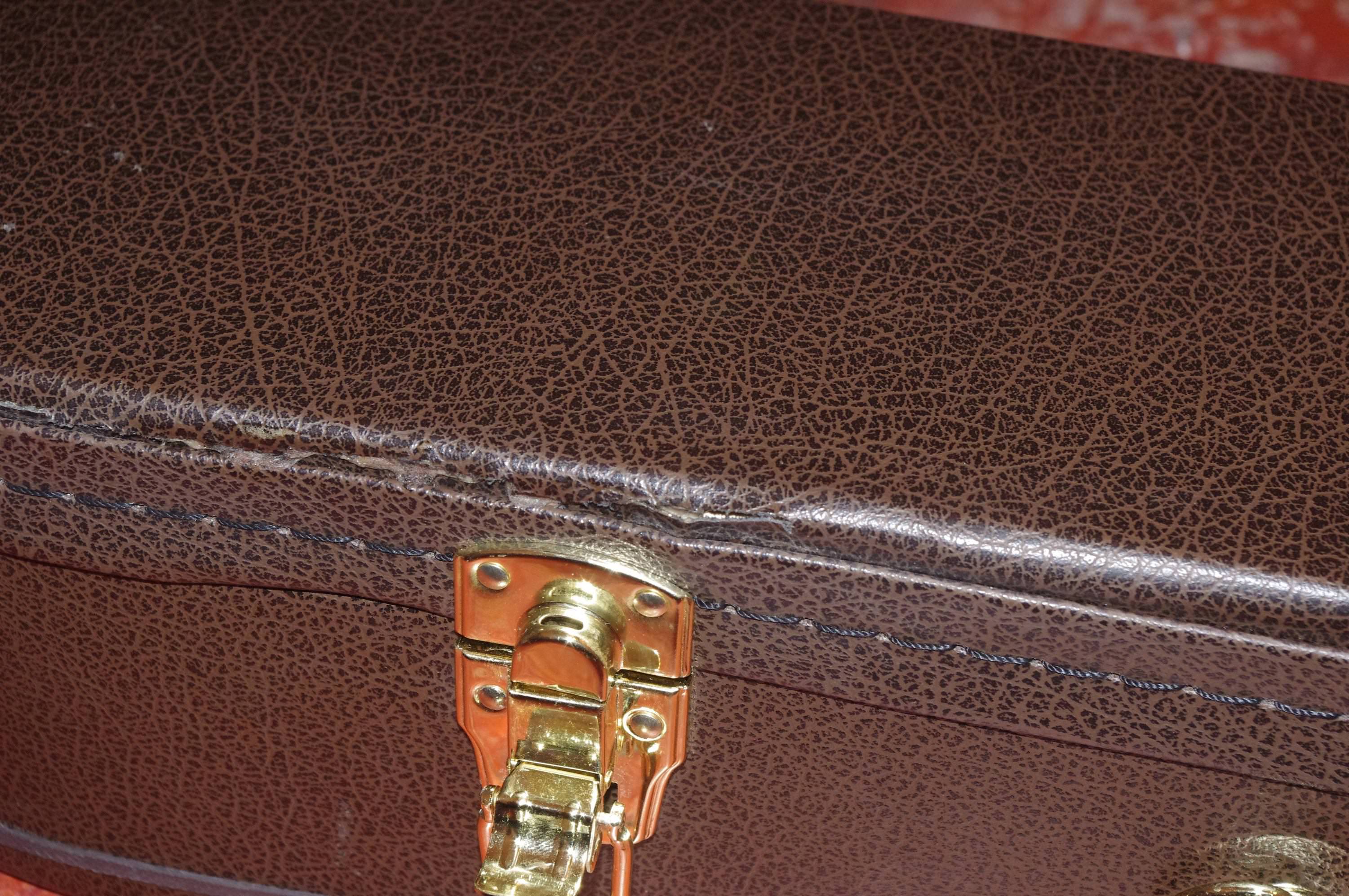 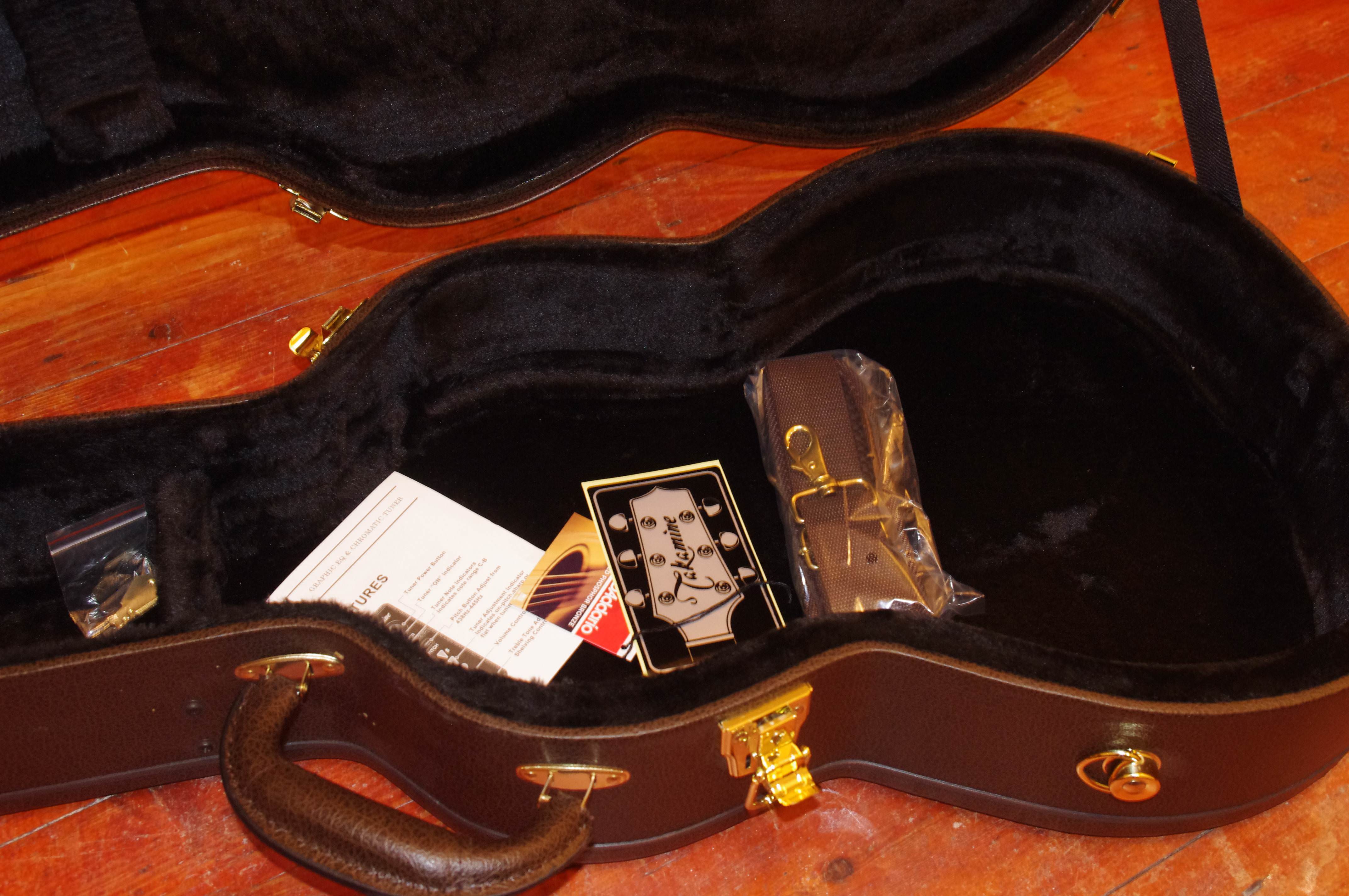 Now, to the guitar itself. here's a sound file, which is a blended signal of pickup and a mic aimed at the 12th fret (which is where the neck joins on this guitar - more on that later) Firstly, apologies for the poor playing! I did a bit with fingers, and some strumming, then used a pick just to vary the dynamics. Nothing spectacular as I'm really not very good

Having been using a dreadnaught Tanglewood with Bband crescent (sound hole) pickup for most of my playing time, I expected to notice a substantial volume drop, which there is, because of the body size. But it's nowhere near as much as I expected it to be. The sound is also much fuller, with beautiful clean mids as opposed to the slightly harsher "twang" of the Tanglewood. Then again, that was a £500 guitar (on paper! Nobody ever pays full price for a Tanglewood, right?)

The sound of the guitar for it's size is just immense. The only thing lacking, as you would expect, is a strong bass response. When you plug it in though, is where you notice the biggest difference. The electronics on this are out of this world! EQ it to taste and you can really make it sing, but add booming bass should you so wish. Coupled with the very accurate tuner, which also allows you to flatten or sharpen your tuning, I'm incredibly impressed with the CT4B II preamp.

In terms of playability, this is very different to what I had originally set out to get. I wanted something smaller than a dread, with a big heart. The Taylor GS Mini was top of my shopping list for a long time, having played a few. Two things attracted me to this over the mini though. The nut width is 45mm to the GS Mini at 42.8, meaning it's fairly beginner friendly and lends itself to finger picking and more intricate stuff well. Secondly, it has that 12th fret neck join instead of the normal 14th fret. This makes the strings a tiny bit lower tensioned and means that even a relative noob like me can bend it like Beckham... well, I can bend easier than I could on the dread anyway! I also really like the through strings on the bridge, no pins. This gives it a really nice clear sustain that seems to last a long time. I don't claim to be an expert or be able to tell the difference, but I'm told the Koa back and sides helps with the tone and sustain too.

So my overall opinion at this stage is that I definitely made the right choice. It's a fantastic sounding, easy to play guitar with a great feel and I have met all the goals I set out to achieve when looking to upgrade my acoustic. Yes, I spent more money than I could have, but on the other hand I got a good deal on a guitar that should hold a reasonable chunk of its value, and I got to support my local guitar shop. I know Keith will also support me, and tweak this any time I need it tweaked, remember and greet me by name every time I go in, and go out of his way to keep me and all his other customers happy.

Thanks for reading, and I'll be sure to put some more thoughts down once I've bedded it in a little.

Just because you're paranoid, don't mean they're not after you
0