I know there's both love and hate for PRS but I've been looking for one of these for ages. I wanted an early one with moons, in vintage yellow and unmolested.. oh and for not stupid money...a tough ask.

Having come across a Gumtree ad on Thursday I jumped at what appeared to be exactly what I wanted. A call later I was asking questions about the guitar when the seller suggested that I should really talk to the owner; none other than session supremo and guitar slinger Phil Palmer. The other guitarist in Dire Straits and sideman to Eric C, Tina Turner, George Michael etc.. A couple of calls later and I was on for meet today whilst Phil was in the UK.

The guitar is in amazing condition. It's pretty much unmarked and with the exception a bit of finish checking and the nickel plating tarnishing, you'd be hard pushed not to think it wasn't new. Phil put about 6 hours on it until Fender nabbed him and he played Strats pretty much exclusively after that. The guitar was bought new in 1987 from Chandlers.

The guitars most notable performance was at the Queens 2002 Party in the Park where Phil backed up Ozzy on Paranoid!

Phil wrote me out a nice note and had a couple of photos.

I've had worse Sundays than this!! 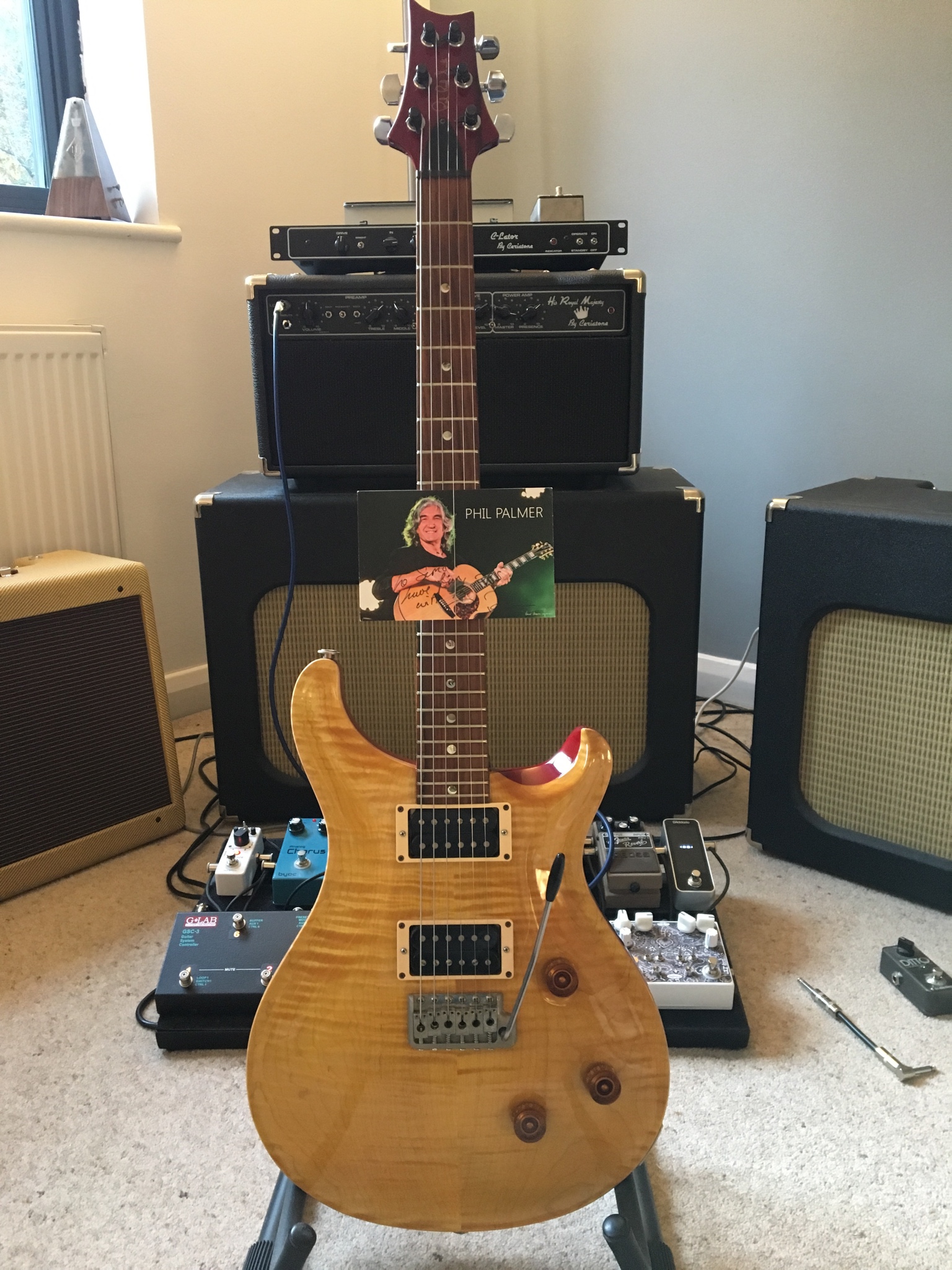 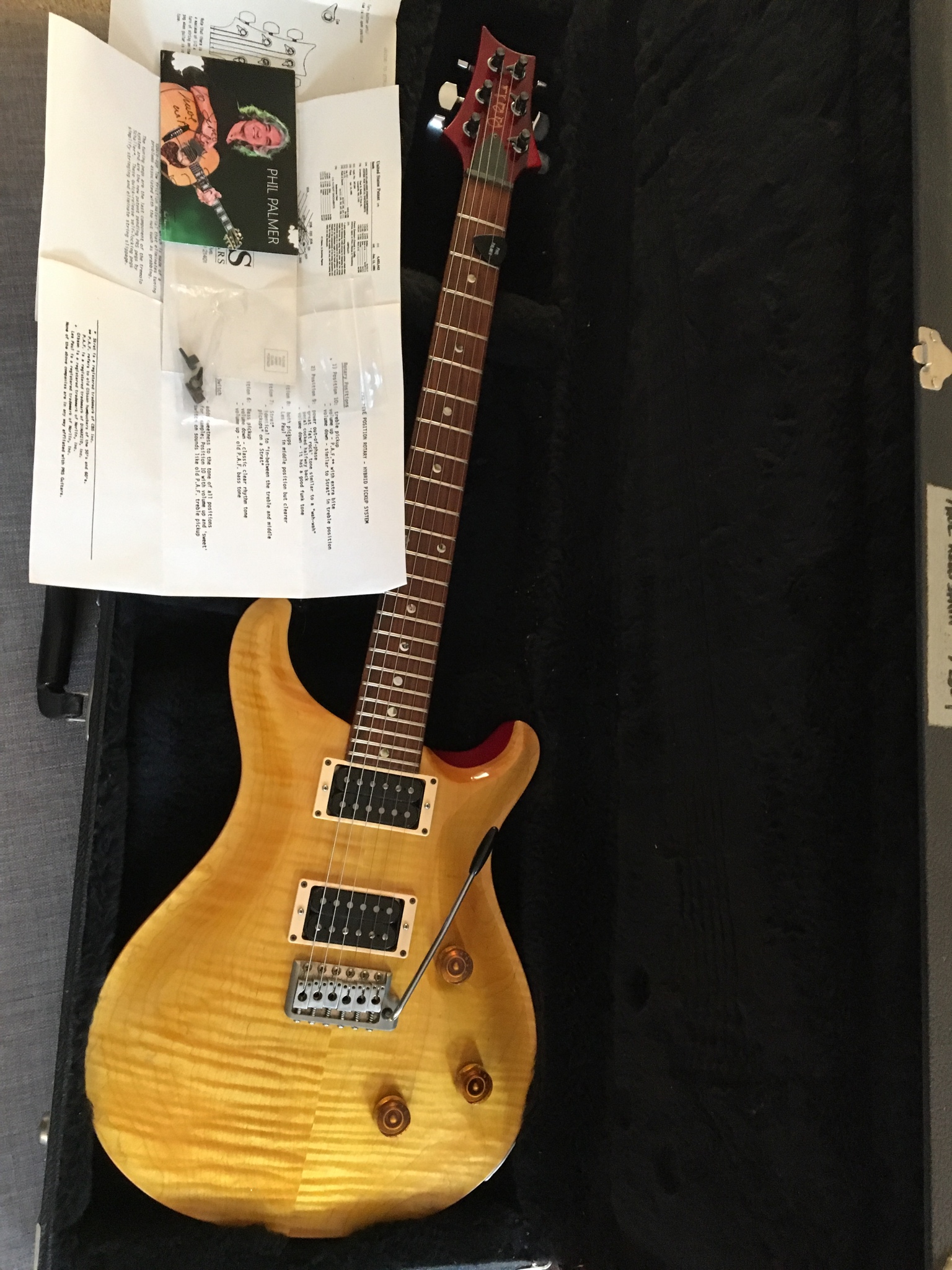 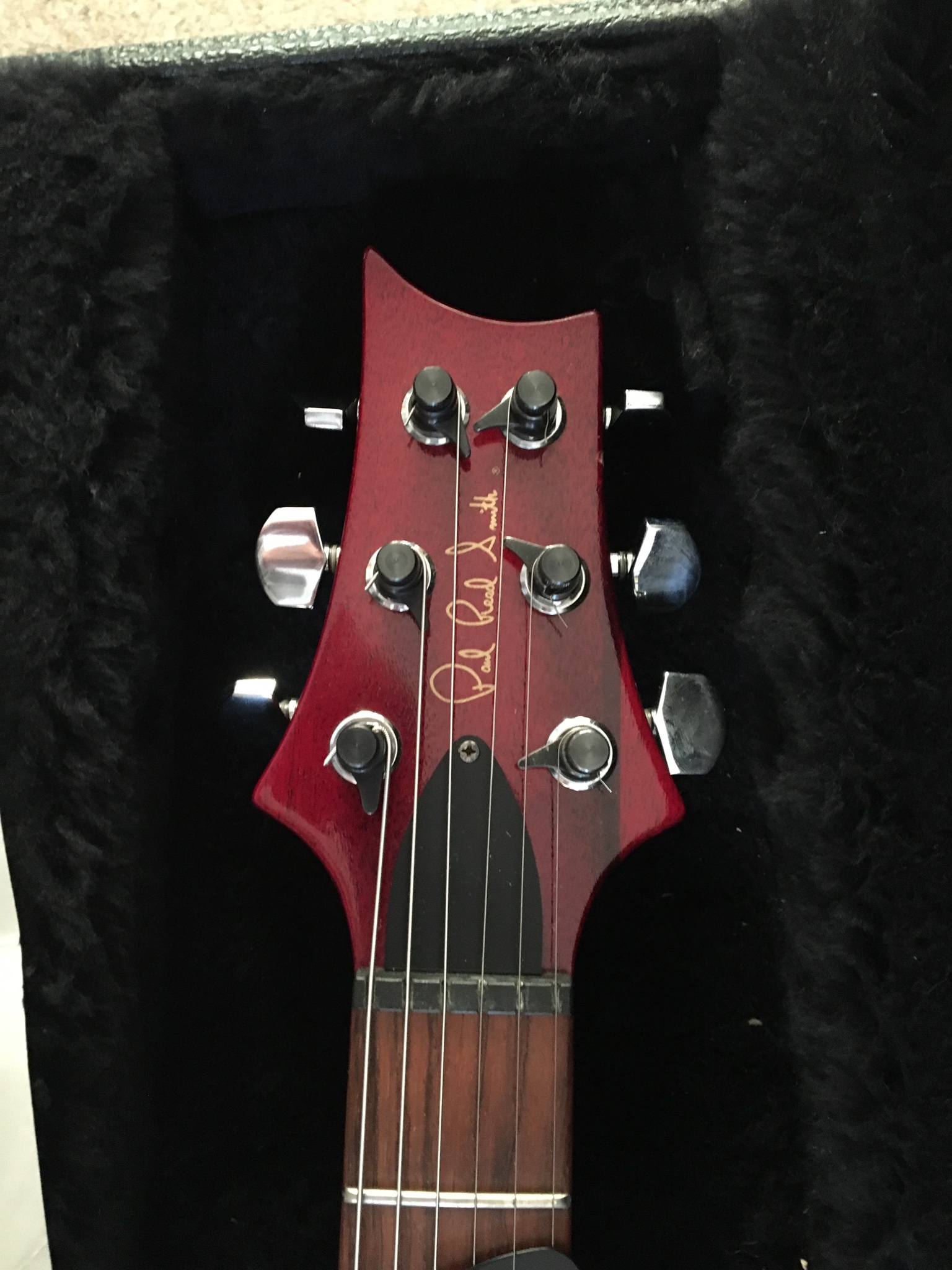 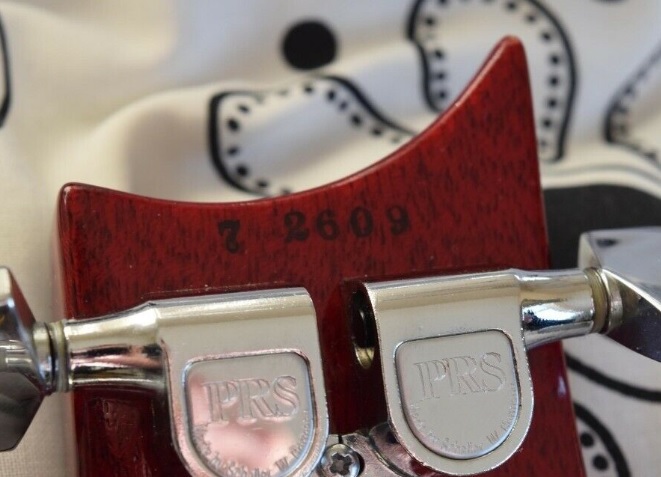 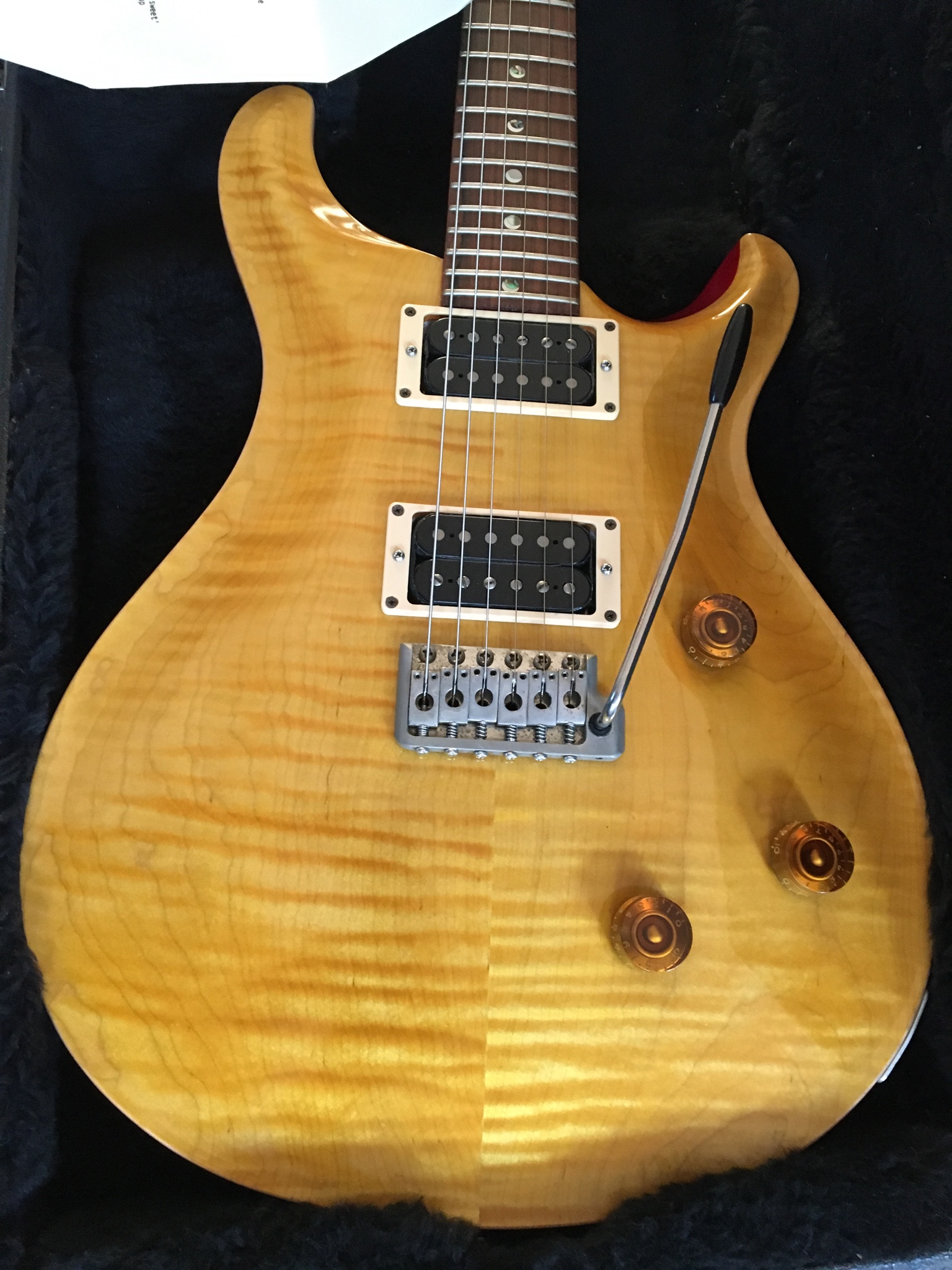 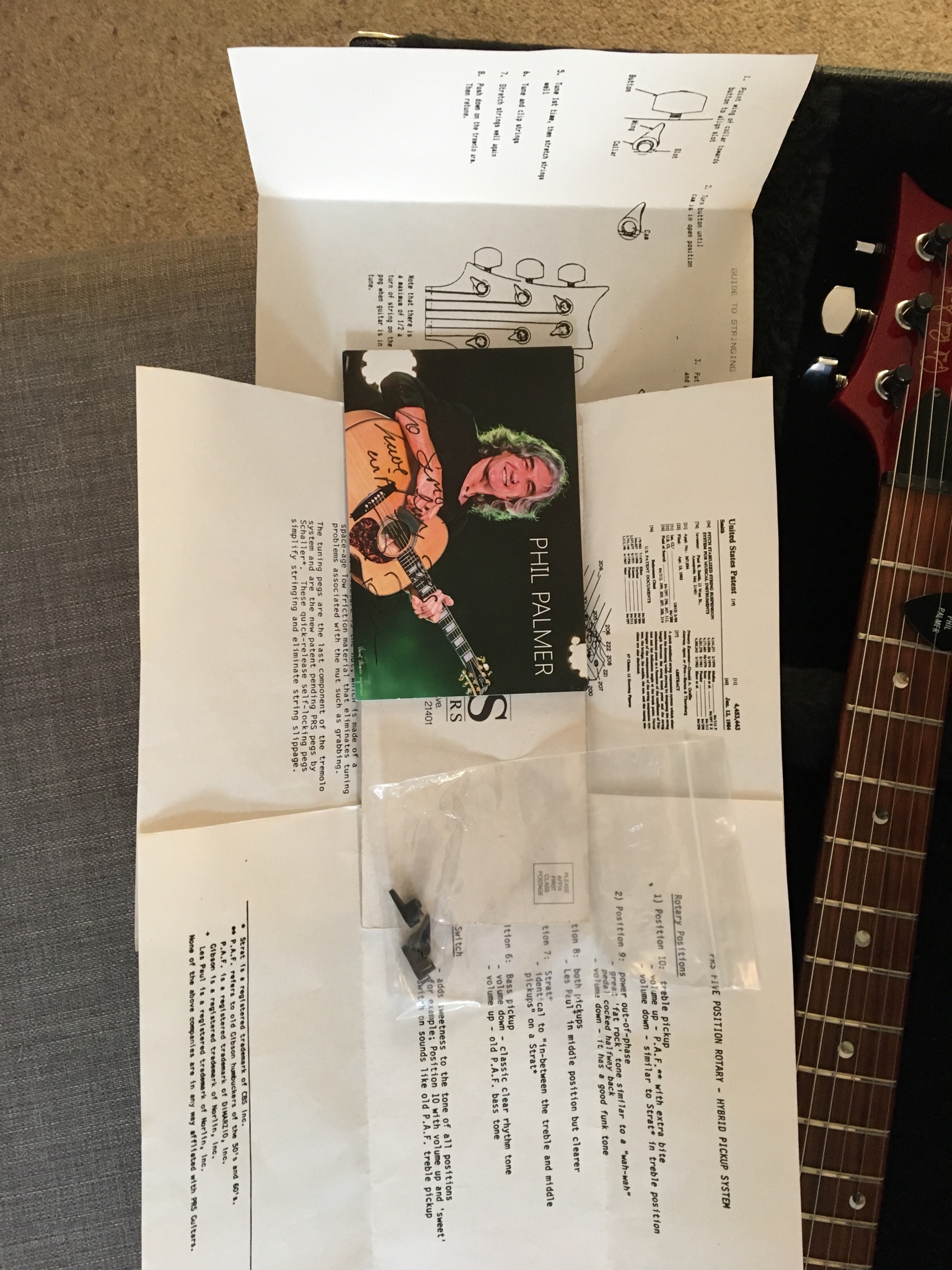 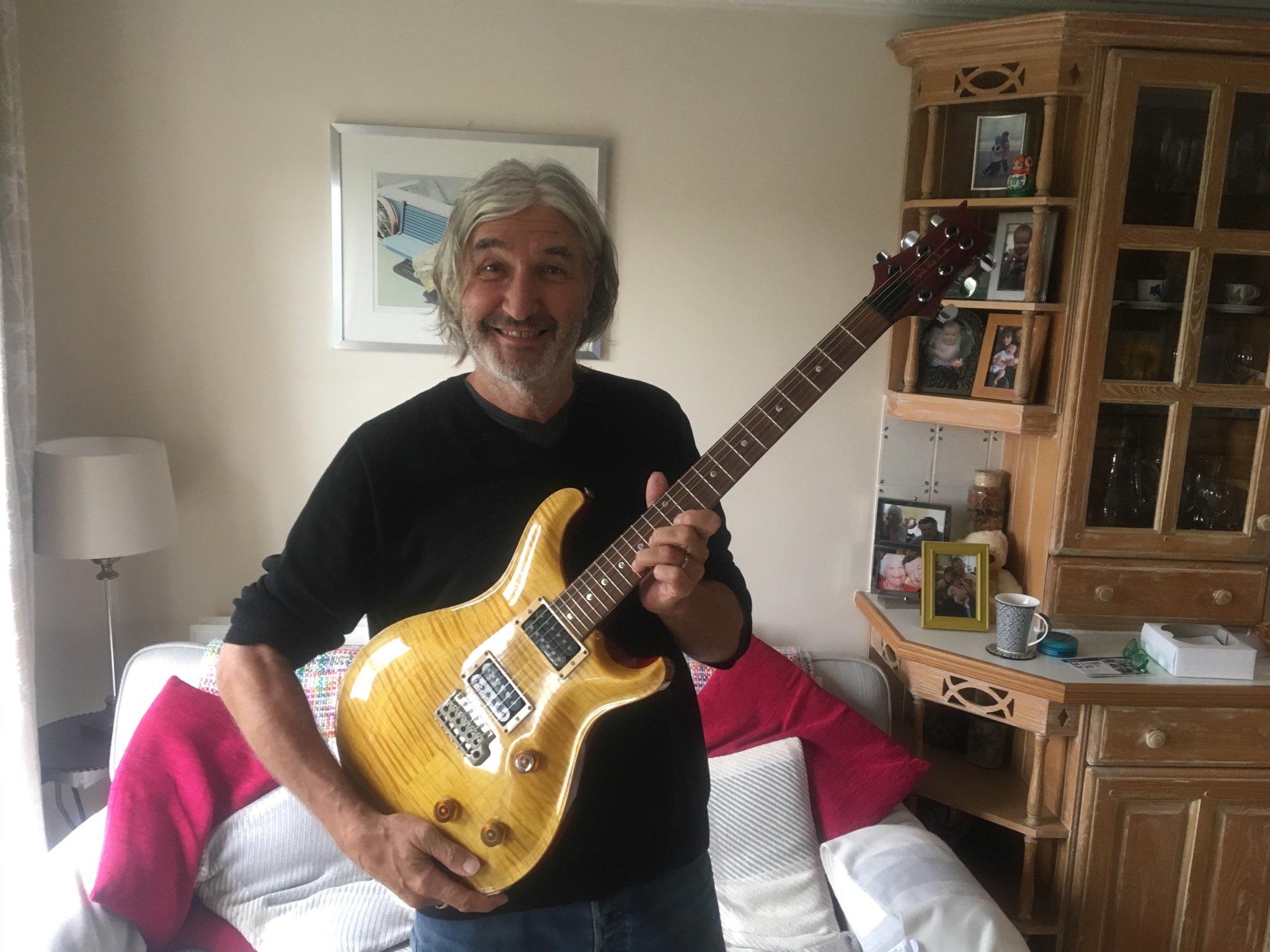 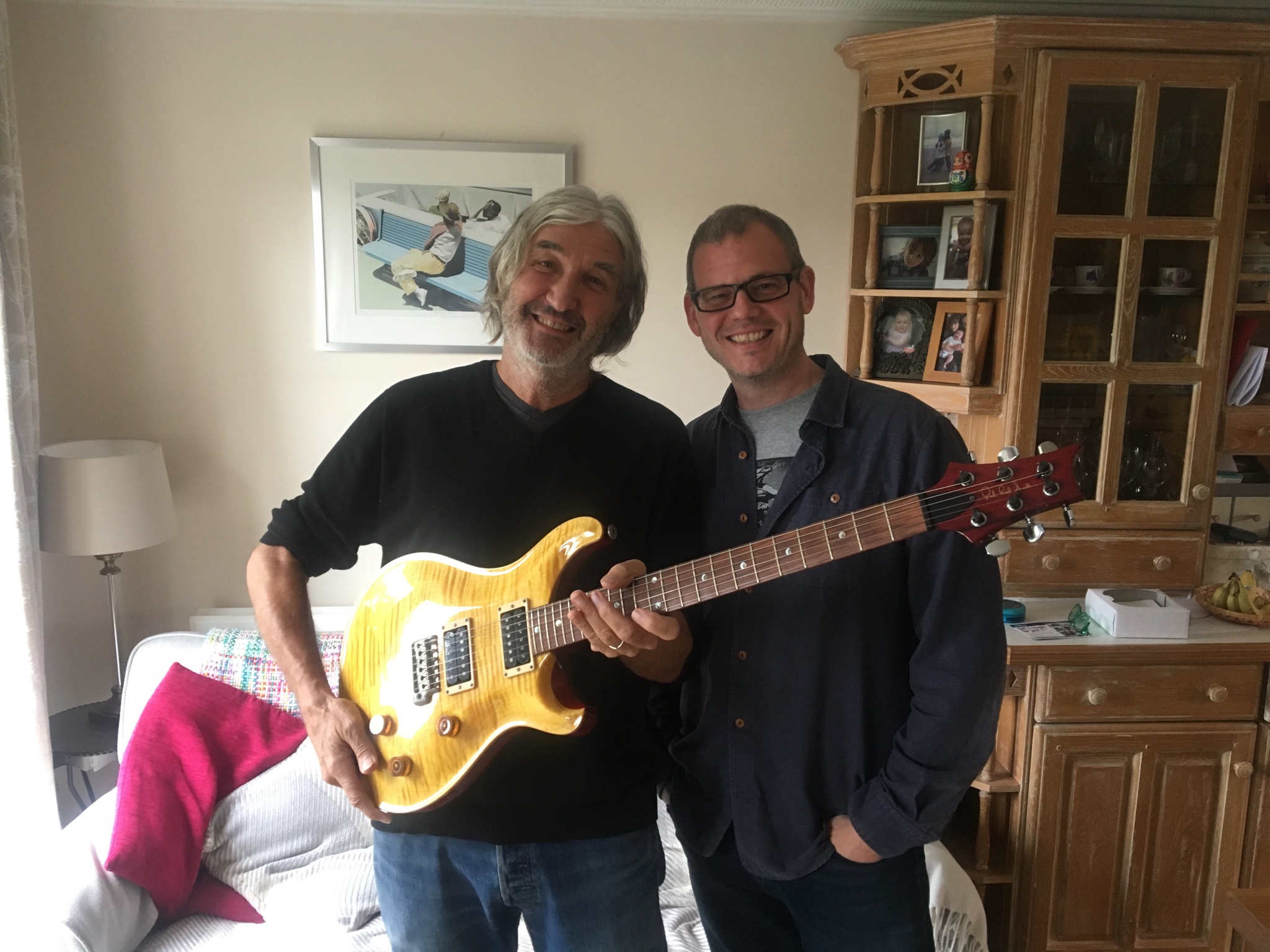