Some of you will have seen my numerous comings and goings this year... amps changes and trials, into full digital Kemper, back to valves amps and real pedals. LOTS of pedals, now down to a minimalist approach.

It has all resulted in a really settled feeling for once;

I began to realise (I might be a bit slow...) that when the amps are as good as these, the core tone and overdrive is all I really need. Ive said elsewhere, that at rehearse; the other night it was just...

My search into great EQ, was initially an aim to tame the Matchless treble. And having played @ThorpyFX excellent Team Medic, I became aware of the value of a really good balanced EQ sound.

My journey is shown here;

I shall be ever indebted to @Seziertisch for his comments and introduction to the API in this thread by @lukedlb ;;;

The Analogman Boss GE7 had impressed me so much, I had purchased 2 (one is in the classifieds - the other will be on my board).

I had some messages with Colm @Seziertisch and decide to try one. Ordered from the excellent Studio Care Pro, it arrived yesterday.

So, Ive called it a New THINGY Day, cos Im not quite sure what the API is. The official word is;

The TranZformer GT is a multifunction pedal that is designed to easily and affordably bring the world-famous analog sound of API to your guitar. Offering the user an unsurpassed level of sonic control, the TranZformer GT combines an API 525 feedback-type compressor with a guitar-optimized 3 band equalizer, both independently in/out switchable.

The unit also features phase invert switches on each output, ground lift, clip indicator, transformer output and a hard wire bypass switch. Like all API products, the TranZformer GT is built to API's exacting standards and remains true to the design philosophy that has made API the leader in professional analog gear for nearly 50 years.

Well, for me it is the ultimate sound shaper. EQ/Boost/Compression/Gain/Buffer ??? I dunno, but it is magical.


This test was carried out using only the following;

These are all the best in their field, of what I have played thus far. Now bear in mind, I am talking about warm, clean slightly overdriven sounds here. Touch sensitive and inspiring. 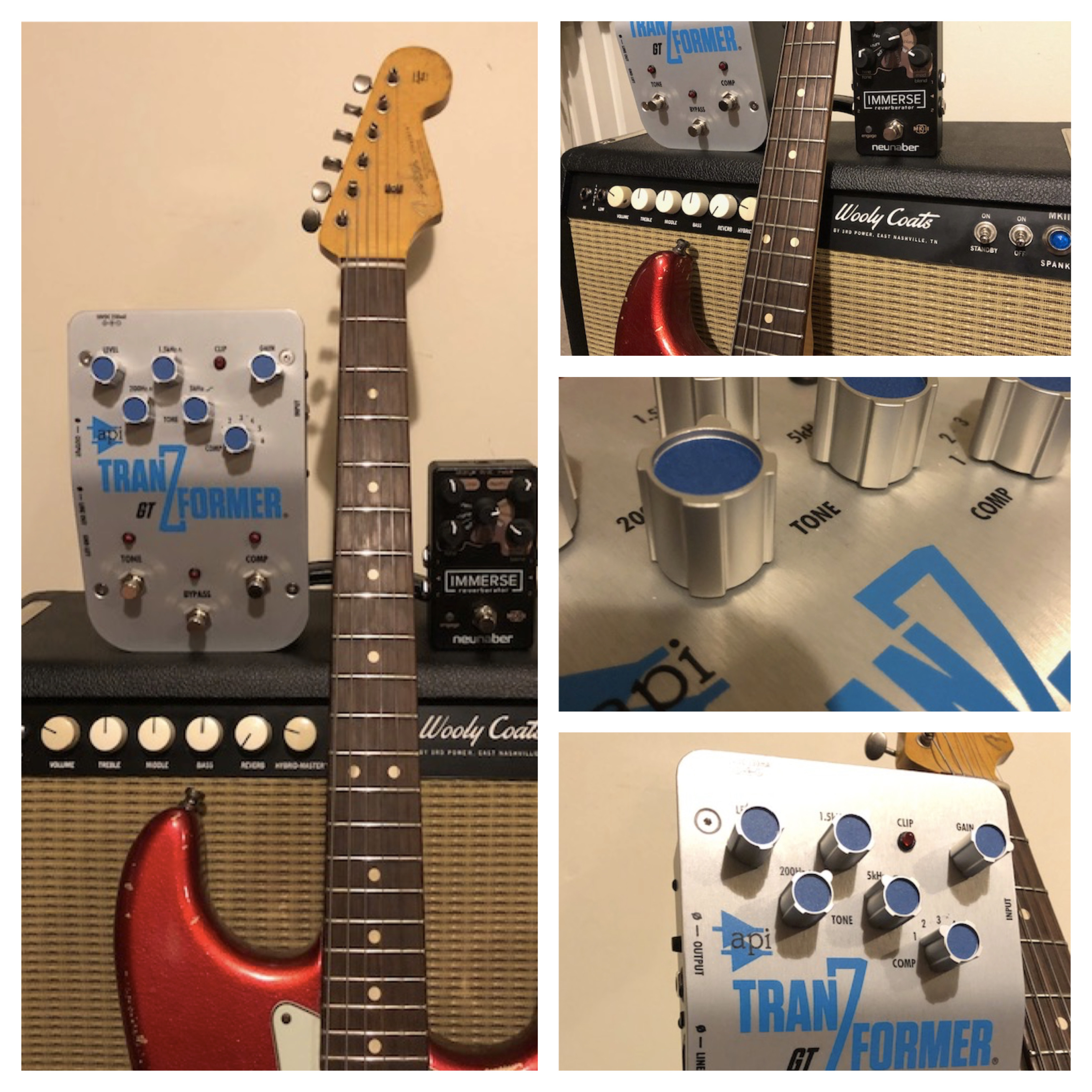 *** Underneath that is 'compression' - preset in 5 settings.


First up, I aim for unity gain (same volume as my amp). The API instantly adds a little 'sheen'. I set the 3rd Power's EQ at 12.00, and start dialling in the bass, mids and treble (simple Waz language) on the API.

Now, in a world where sensation and the spectacular seem to rule, any EQ might underwhelm you at first. Not this one. Its like there is a separate volume, and eq for each string. The sound leaps out the amp. Warm, studio (not surprising - it shares some of the DNA on the £15,000 studio desks !!!).

Everything just sounds fuller. The EQ is subtle and extreme, as you wish. The compressor is just... perfect for me. I don't have to understand or works things out - someone with expert ears has already done it for me.

Tone leaps out the speaker. It can also turn the 3rd Power into a clean sounding, overdriven rock monster.

A game changer for me. Literally. Big pedal sell off. Two quality amps now with a studio treatment in a pedal.

But worth every penny, and all the effort. Stunning.

Thanks for your time and patience with this long post