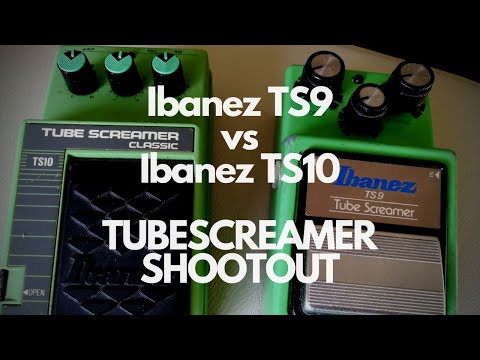 I wanted to see why this is the tubescreamer of choice for a few big players (SRV, John Mayer etc), so here is a side by side comparison of the TS10 and TS9.

The difference to me seems quite subtle, which is not necessarily what you'd expect if you believe everything you read!
0