Z28 Frets: 22
July 2 edited July 17 in Amps £
Alright, not super keen to ship to be perfectly honest, but I did want to offer this on the UK market again as I got it from the UK as well (I'm in the Netherlands).

Up for sale is my beloved 1979 Deluxe Reverb amp. It has surely seen some gigs, but it's in excellent technical condition.
I believe the amp belonged to two British musicians for most of its life before I bought it. There is a sticker on the back panel from Gig Sounds in London.

Maintenance wise, the amp has been very well looked after. It's had all the filter caps replaced with new F&Ts, the bypass caps have been replaced with really nice Philips ones, the bias cap, diode and resistor have been replaced, new tube sockets have been installed for the power tubes and rectifier and it's had the usual cleaning of the ground contacts, pots, jacks etc... A brand new tube set has been installed just recently, with two NOS 12AT7s. Long story short, the amp has had all the necessary maintenance done, and won't need anything for the next ten years. The speaker has also been changed for a brand new Eminence/Alessandro GA-SC64, perhaps the best speaker replacement there is for a DR. I still have the original speaker, but it has a tear in the cone. It's been patched nicely but it probably wouldn't be very economical to ship it together with the amp.

The amp's power transformer has been replaced with a Mojotone/Heyboer unit before my time as owner (choke, reverb and output transformers are stock!), and at some point it has received some tiltback legs on the sides. It also has had two small and easily reversible mods done to it. Namely, the tremolo has been disconnected for slightly more punch to the sound and the bright cap has been made switchable through the push/pull volume knob.

It's an absolutely stellar sounding amp and I will miss it for sure. Genuinely hoping this goes to a good home where it will make its new owner very happy. It's probably one of the best Deluxes I've played and it is an excellent way to get an amp that easily sounds as good as a blackface example for less than half the price.

PRICE DROP: 1350 euros SOLD! (was 1550!) before shipping, payment fees etc... Shipping rates should be pretty reasonable from the Netherlands to the UK, so don't let that put you off! 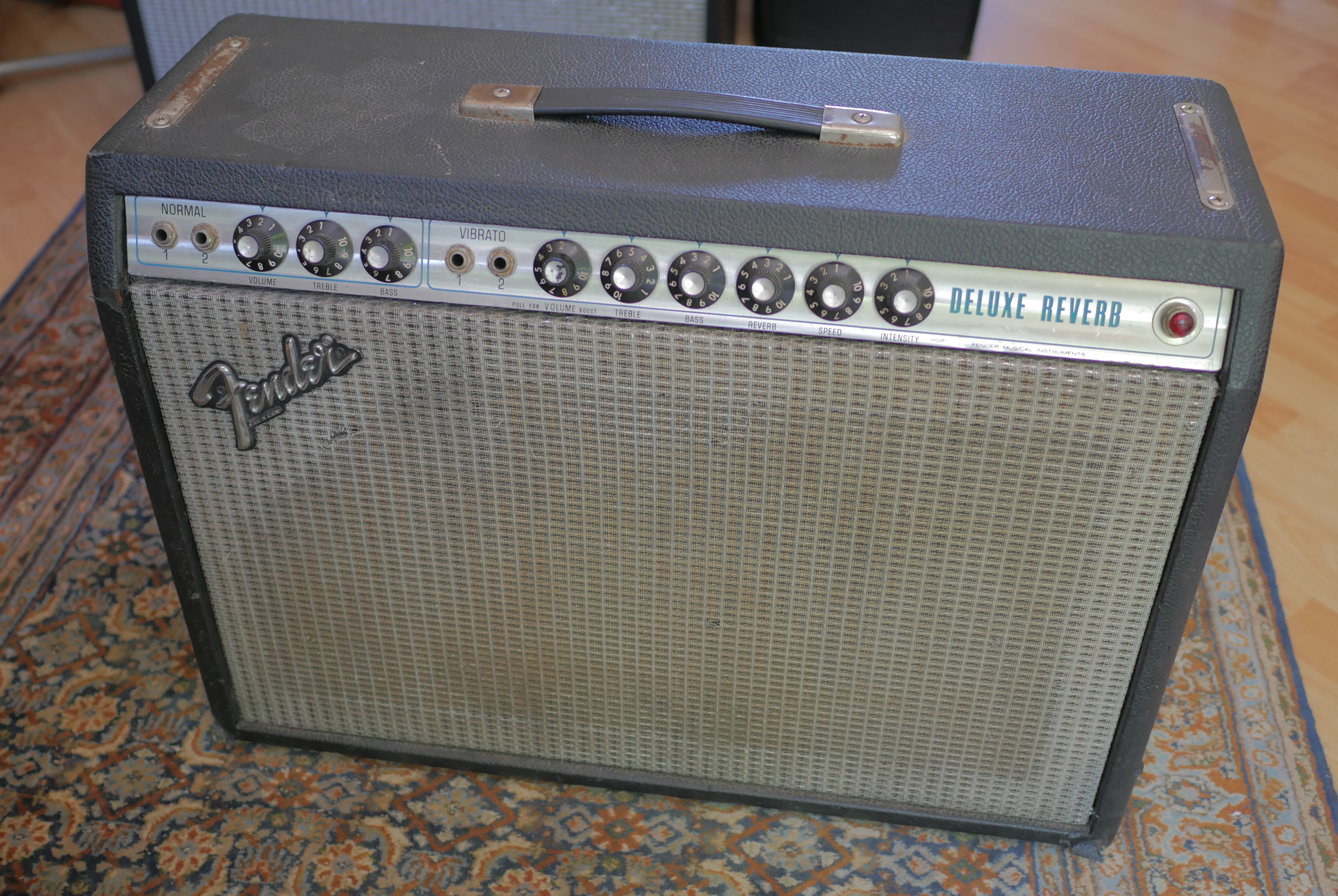