UHAS Frets: 33
March 25 in Acoustics
A bit of a story to this one. I knew Peter Goalby quite well, he was the artist liaison for Patrick Eggle guitars, and I ended up buying four guitars from him. 3 Berlin Pro's , all of them have now sadly gone, but if I was to guess, I think the serial numbers were 015 , 074 and 115. All stunners, but on the one visit Peter showed me one of their first Acoustics. They had made two, and one went to Joe Elliott (Def Leppard) and the other to Gary Moore, Gary sent his back as he was tied to Gibson at the time and said he'd never use it. Joe's was a tobacco sunburst and the one that went to Gary was a Cherry Sunburst. They were both hand built by Patrick and were the first acoustics he made for the Coventry factory. She has aged well, one ding due to an ex throwing a remote control at me! and the checking on the soundboard due to a new varnish they were trying out. Other than that it's featherweight and the back is stunning 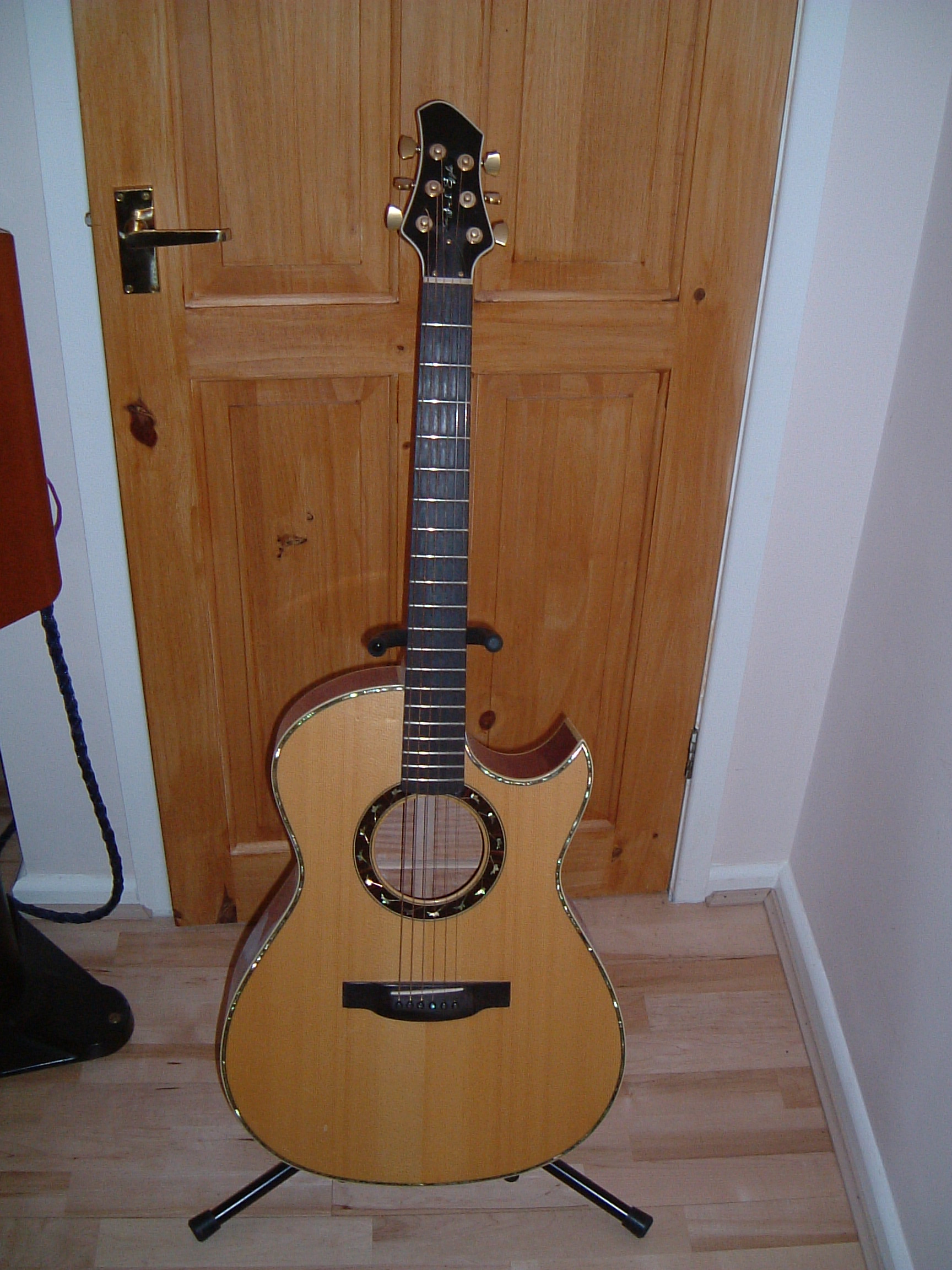 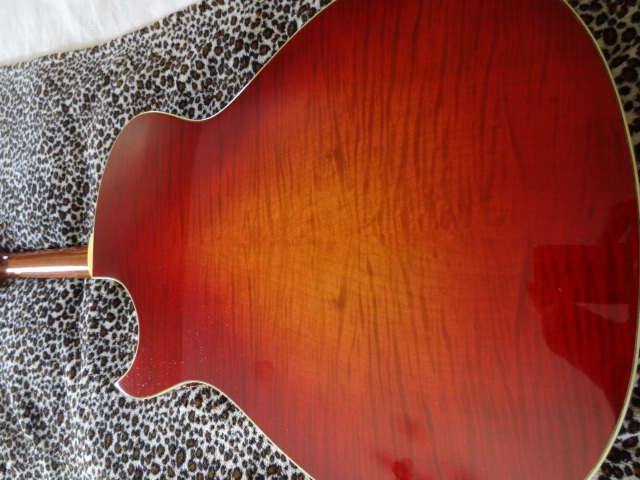 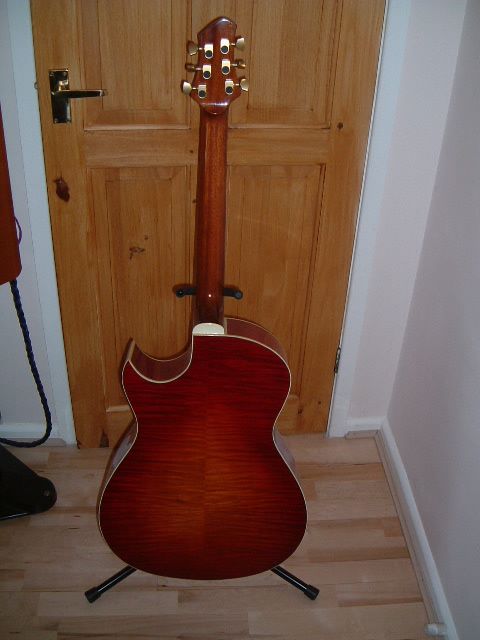 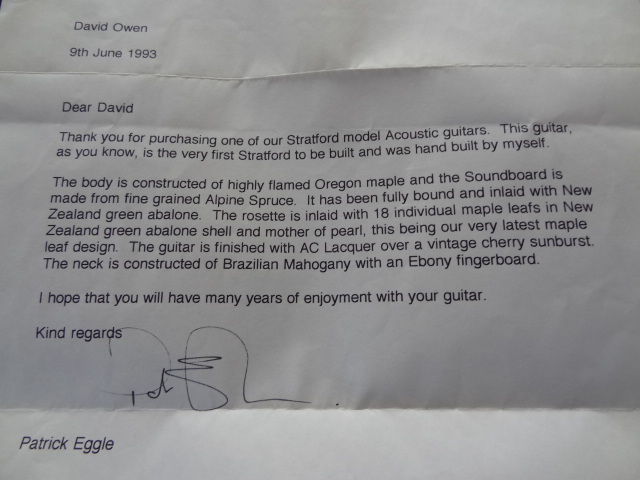