horsehead Frets: 199
May 7 edited June 24 in Amps £
So...I purchased this from this very forum last year, but as mentioned in the other thread ( https://www.thefretboard.co.uk/discussion/206208/fs-duesenberg-starplayer-special ), problems with the car and more is forcing me to sell this bad boy and it is a bad boi!
Basically Wienbrocks take on a 5E3...minus the reverb! Beautiful, lush cleans and built to perfection, currently running 6L6's. Wienbrock were a great little builder and this 15/20w beauty was, IMO, the best of the bunch. All valve, vintage/modern voice switch with tone & brightness and Normal (volume) knobs.
The thing is built like a tank and I'm sad to say good bye, but needs must!
This is some info from @maw4neu ;;;;;;;

What you have there is a clever 5E3 clone with the ability to self bias with either the 6L6 or 6V6 Power Valve . . Its very quiet and compact and it sounds amazing plus it works really well with the pedals that I tried it with. As the former owner of your Wienbrock Gringo I'd like to add a little more history to your amplifier sale or trade . . . I bought the amp off @TimBloomer who told me that during his ownership he had met with Rob Wienbrock who upgraded the amplifier for him.

I assume that it was Rob Wienbrock who removed the switch as Tim told me the the amp was self biasing. Im guessing the valve rectifier made way for solid state diodes at the same time. Rob mentions in a post on the Forum that the Gringo evolved over time so I think that mods undertaken on your Gringo may have been another stage in your Gringo's evolution. Your amp may have been one of the last Gringo's Rob worked on before he left the UK bound for the USA.

Tim explained that the Gringo can take either the 6V6 power valve or the 6L6, his advert at the time stated that the amp was installed with 6V6's but when I checked the valves some time later I found them to be 6L6's. I mentioned this to Tim at the time.

For me the 6L6's were the perfect valve for the Gringo, I did try the 6V6's for a week or so, which were fine, but I felt that the 6L6 gave a fatter more rounded tone so I eventually swapped them back in. I particularly liked the fact that you can swap out the pre amp valve in V1 for more or less gain. I preferred the 12AT7 over the 12AX7 as I tend to play clean and prefer pedals for drive.

Im aware that Martin Ballinger of Stoneham Amps replaced a transformer in Sept 2015 after emailing Rob Wienbrock to source a supplier. Martin explained that, whilst the transformer was like for like in terms of output etc, sadly the footprint differed from the one in the amplifier, as such, Martin ordered and fitted the Aluminum adapter base plate. Other than the transformer, Martin confirmed that he also replaced a 12AT7 for a higher gain 12AXY and he installed a set of 6L6's supplied by Tim Bloomer. 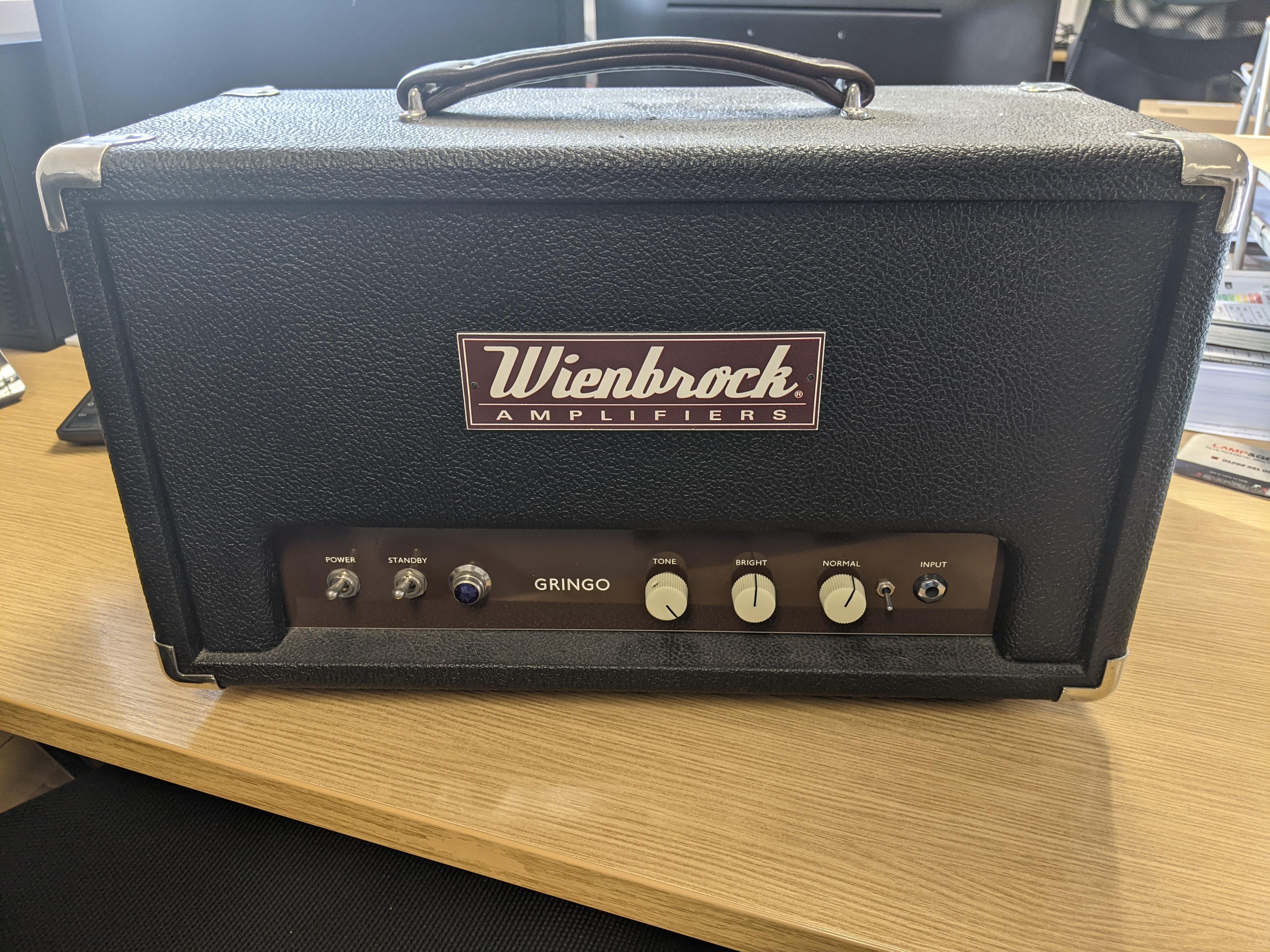 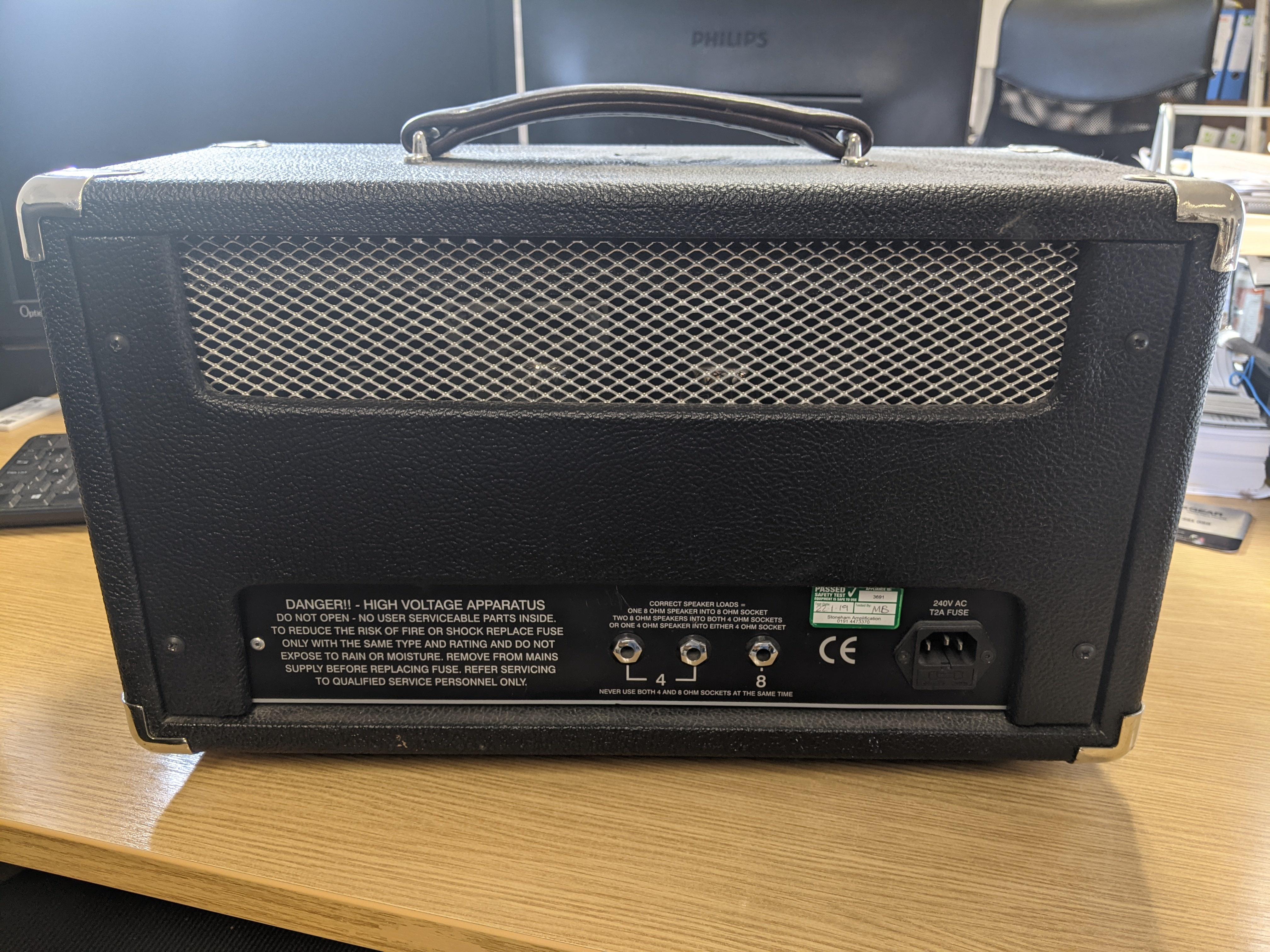 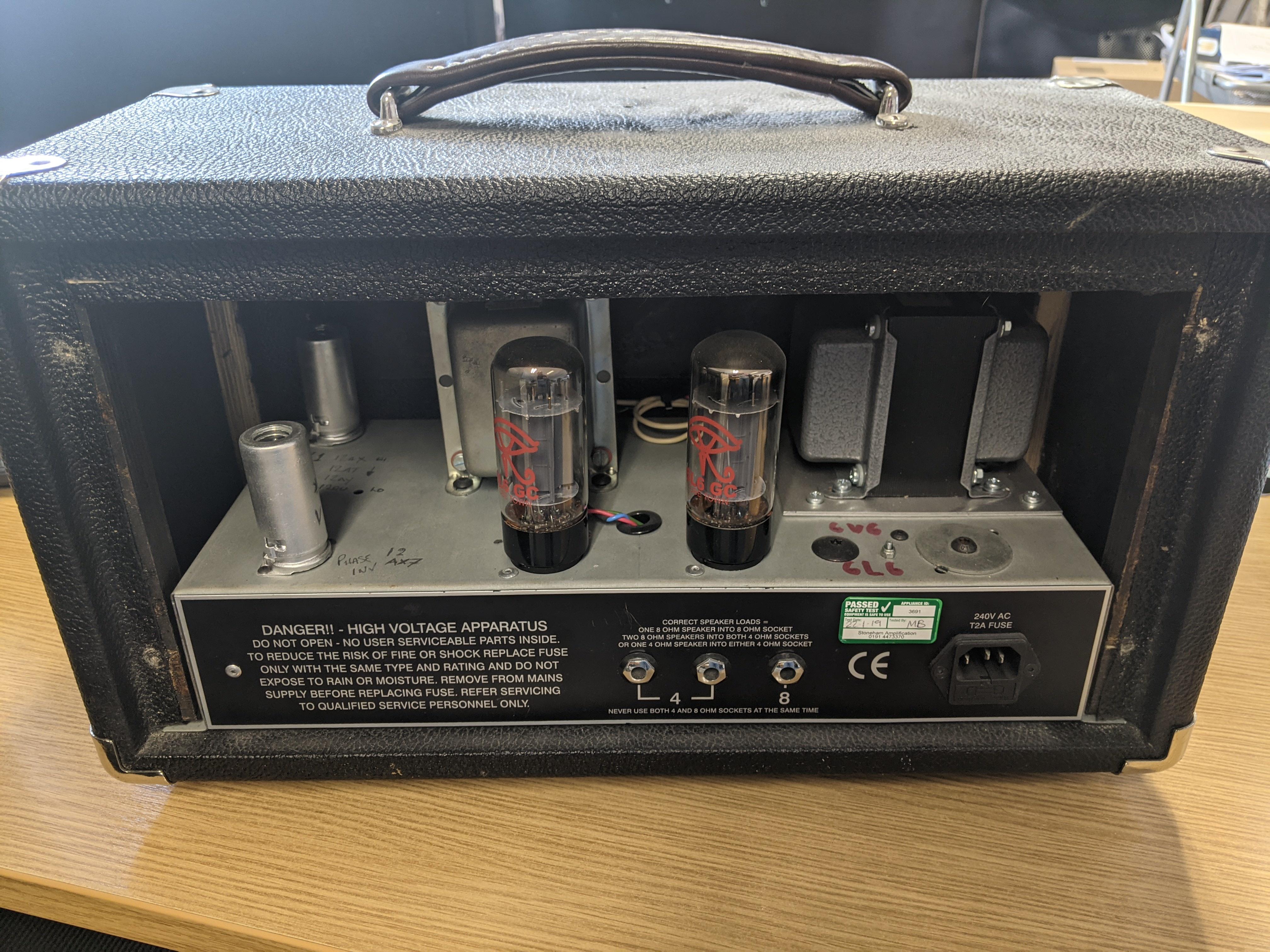