MrBump Frets: 1111
April 2016 edited April 2016 in Guitar Reviews
Got this because - firstly I love Yamaha, and think that they produce some excellent instruments - and secondly because I was in the market for a Gibson-y guitar, as I'm mostly a Fender-y player.
The Pro's:
Cons:
Overall, this is a superb guitar.  It's a real workman type instrument - not flashy - exactly my sort of thing.
==EDIT==
OK, so last night I rehearsed with this guitar for the first time, and I thought I'd correct some of my first impressions.
The Dry Switch - actually, at rehearsal volume, this control is EXCEPTIONALLY useful.  My set list goes from quite thick and grungy tones through to sharp, cleanish, trebly comping, and the dry switch allows this brilliantly, as long as you're set relatively bright on the amp (which I usually am) and the volume is high.  It's really good - only one drawback is that it's actually fairly tricky to pull the knob out (as it were), and I found myself a second behind adjusting it on the fly.  That's not a huge criticism, but I'd actually prefer it - and I think it would be more practical - to have a mini switch to engage the circuit.
At volume, tonally this is completely Les Paul territory.  It's thick, rich and middy.  Clean notes have real thickness & substance, and the dirty tones are chewy and awesome.  I was concerned initially that the pickups were too hot - I don't this this is true now (or maybe I'm being less of a wuss), they're actually very responsive, saturated notes bloom nicely under gain.
I was more than happy with the guitar when I bought it - I'm now over the moon giving how it sits in my band.
==EDIT==
This is me playing it. 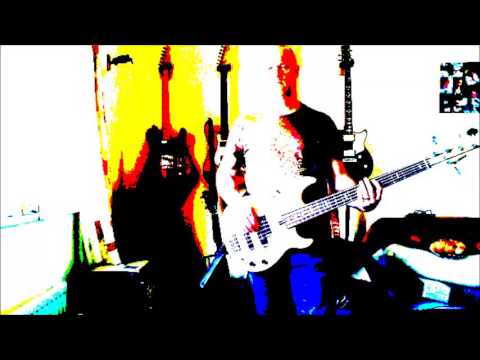