grappagreen Frets: 900
July 24 in Amps
The last thing on my bucket list.. 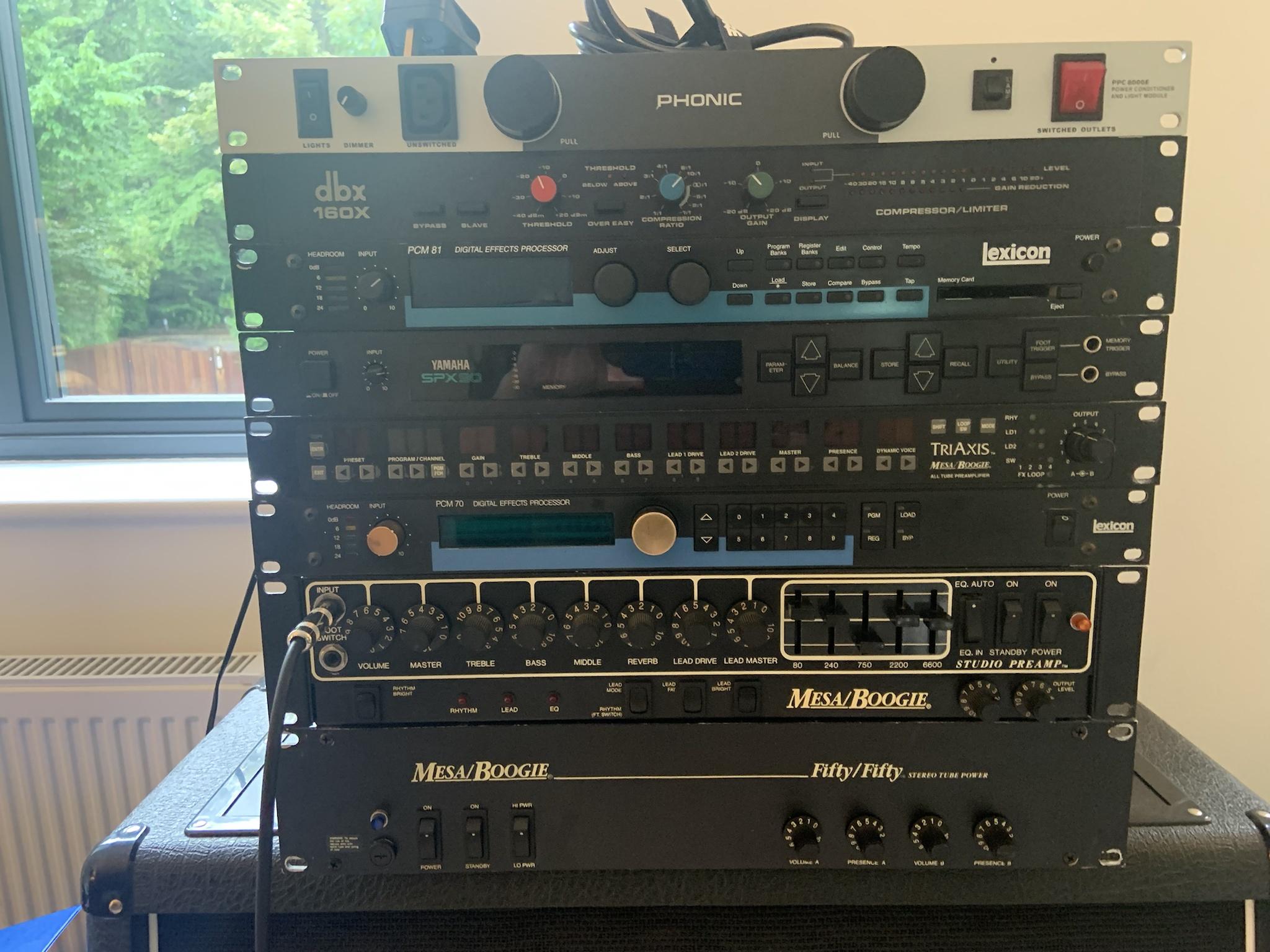 Just waiting for a Mark L dual mixer to show up and we're ready to build.

Ironically after all these years it seems that the amps I should really have been playing are Boogies - both the Studio Preamp and Triaxis sound amazing..

Given that I don't have the mixer yet the only sound testing I've done is with the DBX and PCM70 in line and it sounds unbelievable..

Looking forward to the build..