I started this journey by lusting after a Martin 000-28 for those Clapton Unplugged tones and the smaller body acoustic that's sofa friendly. Managed to take a trip to the Martin factory earlier in the year as we were on holiday not too far away (which was awesome) and that was it: I must have a Martin!

I eventually settled on a 00-28 as being the one for me, but I couldn't shake the high action thing. I understand they do this on purpose, but it doesn't feel right to me for some reason. I was never truly blown away by them.

I first found out about Atkin guitars through this forum and having heard nothing but good things, I decided to take a look. After seeing that Ivor Mairants had some in stock and were having a 15% off sale I thought I must definitely go down! I finally went today and tried an OM-37 and this J43. I also tried out some Collings', but at over £4k they were ultimately more than I was prepared to pay. I was also "lucky" the strings were slightly on the dull side; had they been really fresh I might have been seriously tempted to part with the big bucks!

I'm amazed at how light this guitar is. It has such a lovely big bottom end, but still a tight crisp sound great for finger picking and using a pic, quite versatile. The OM was also nice, though I wasn't madly into the over tinted top, felt like a Donald Trump tan, each time I picked up the J43 though, it just felt right. So it seems funny that I set out for a smaller body acoustic and ended up with this, but I love it!

I'm slightly concerned I'm going to be wearing straight through the finish though as it feels super thin. I guess as it's a relic model it doesn't matter too much! On that note, I think the relic'ing helped as it just felt already well played in. I also love how pointy the heel is, just a nice detail. 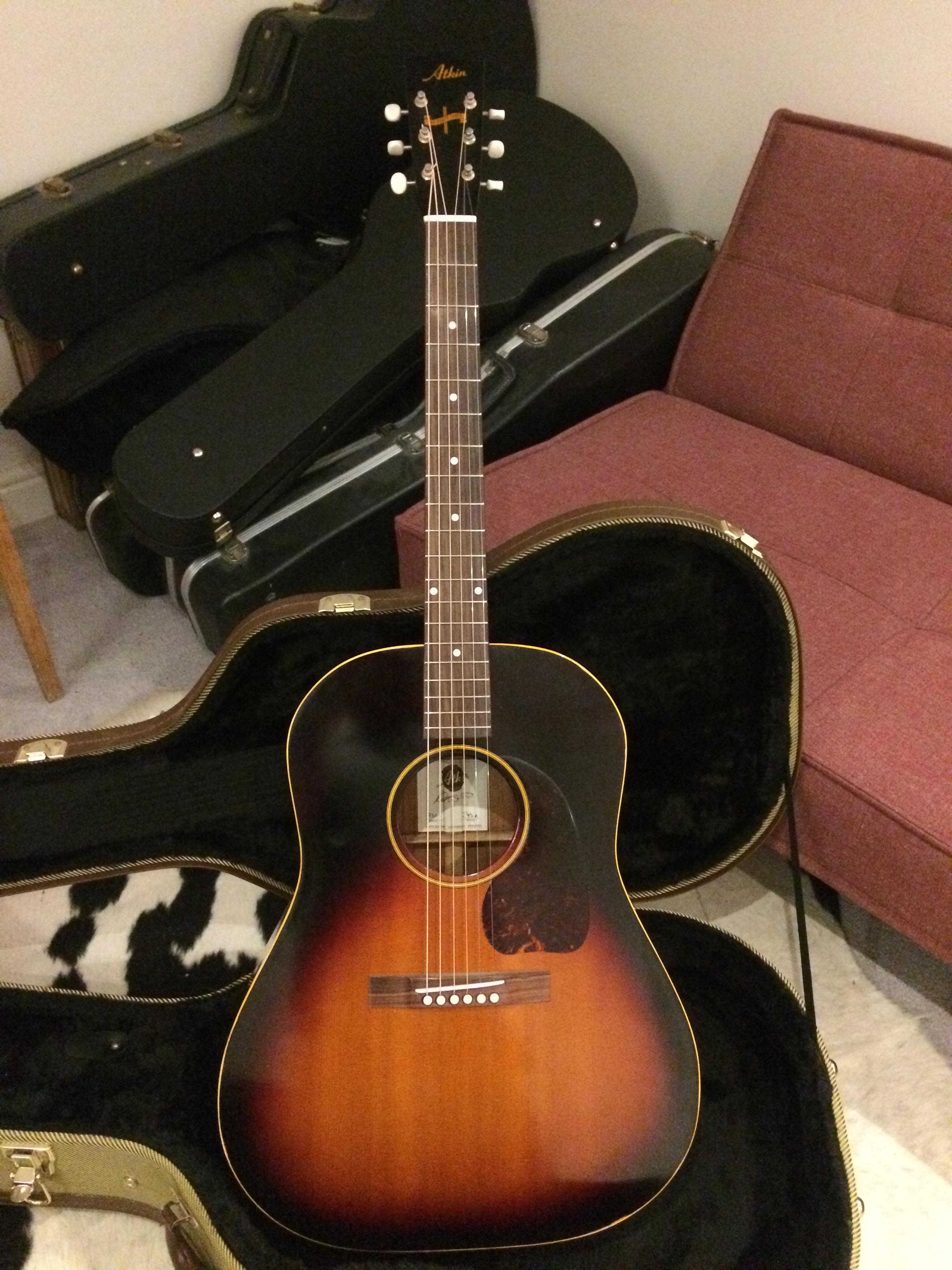 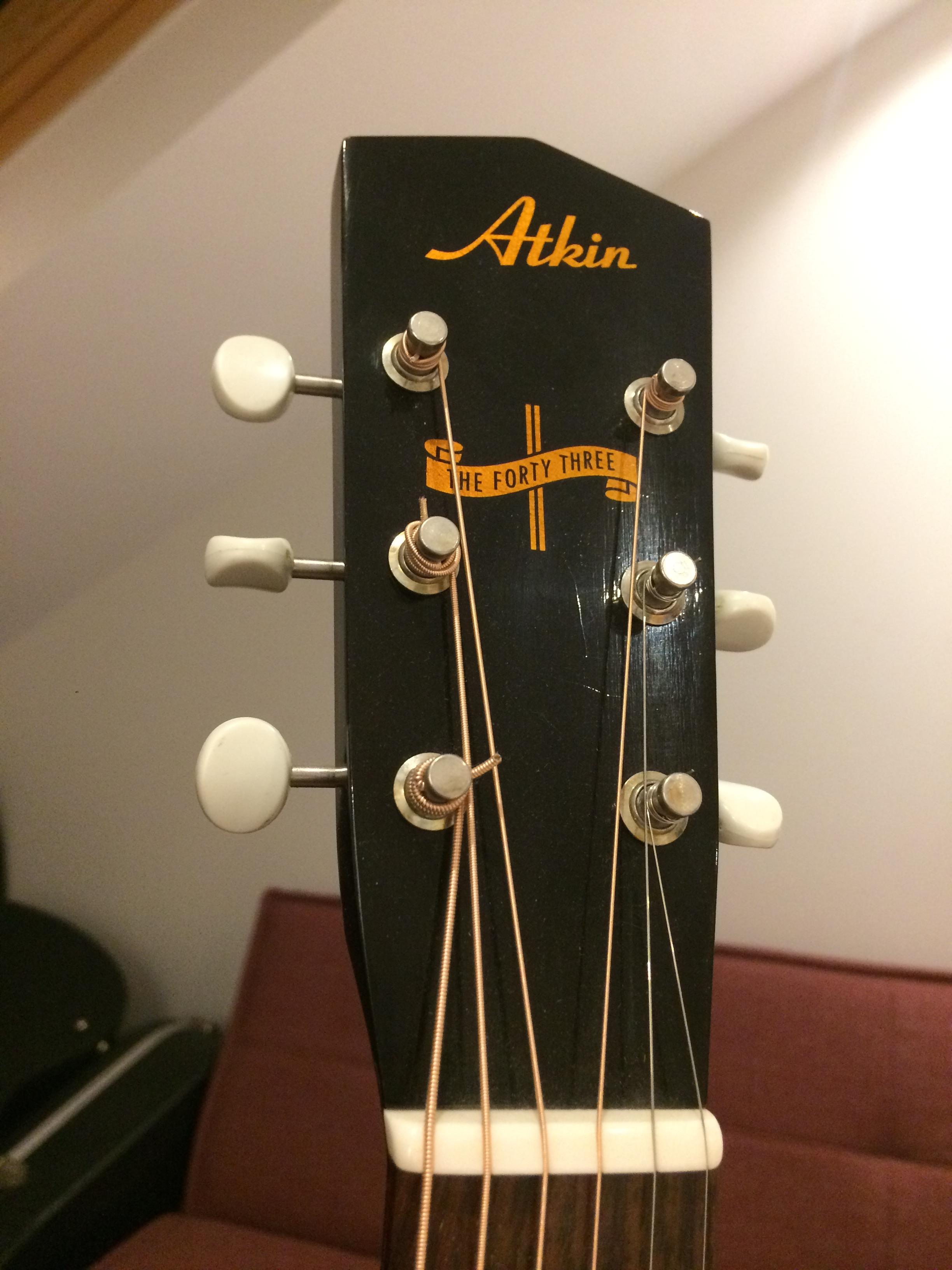 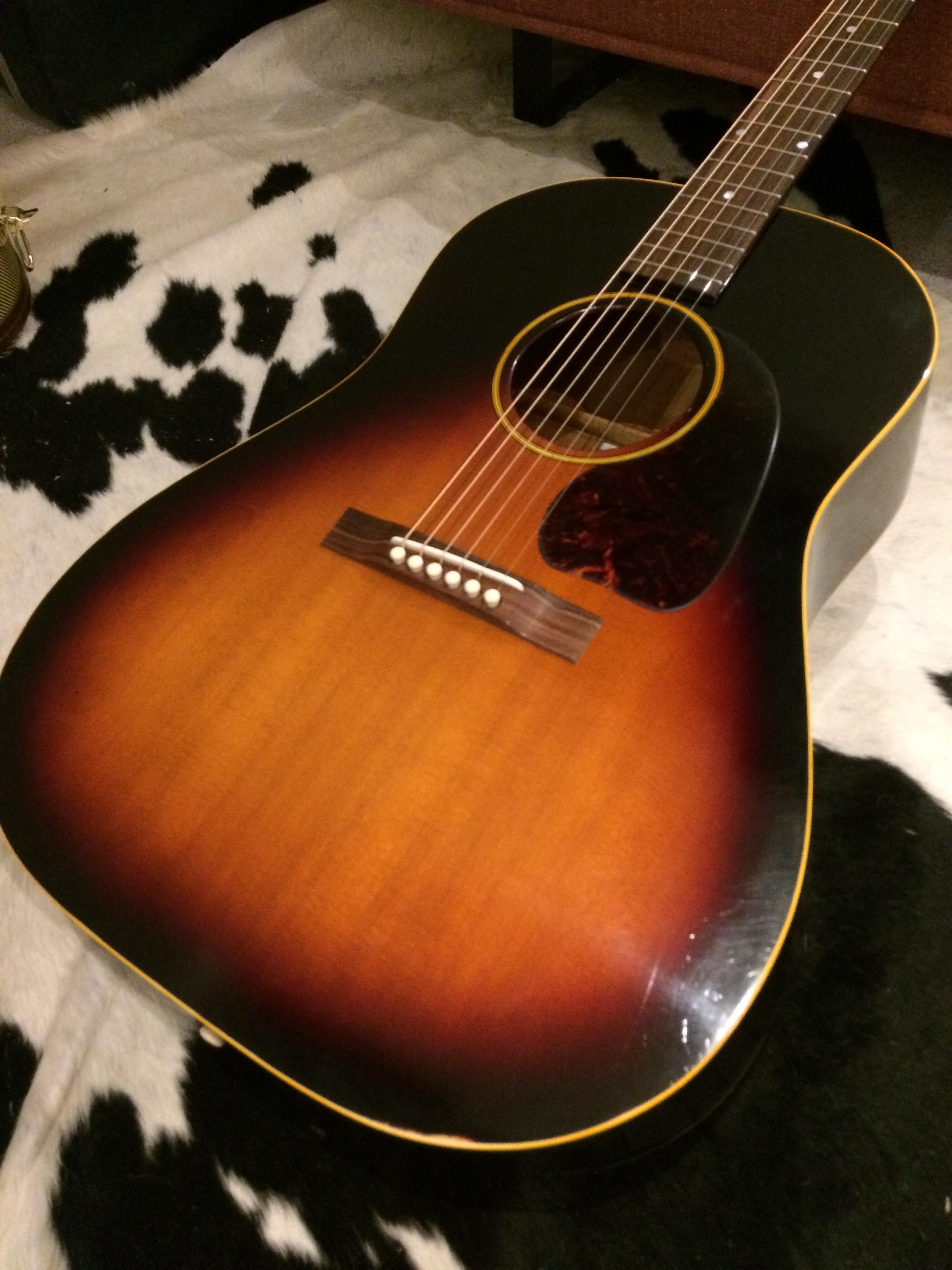 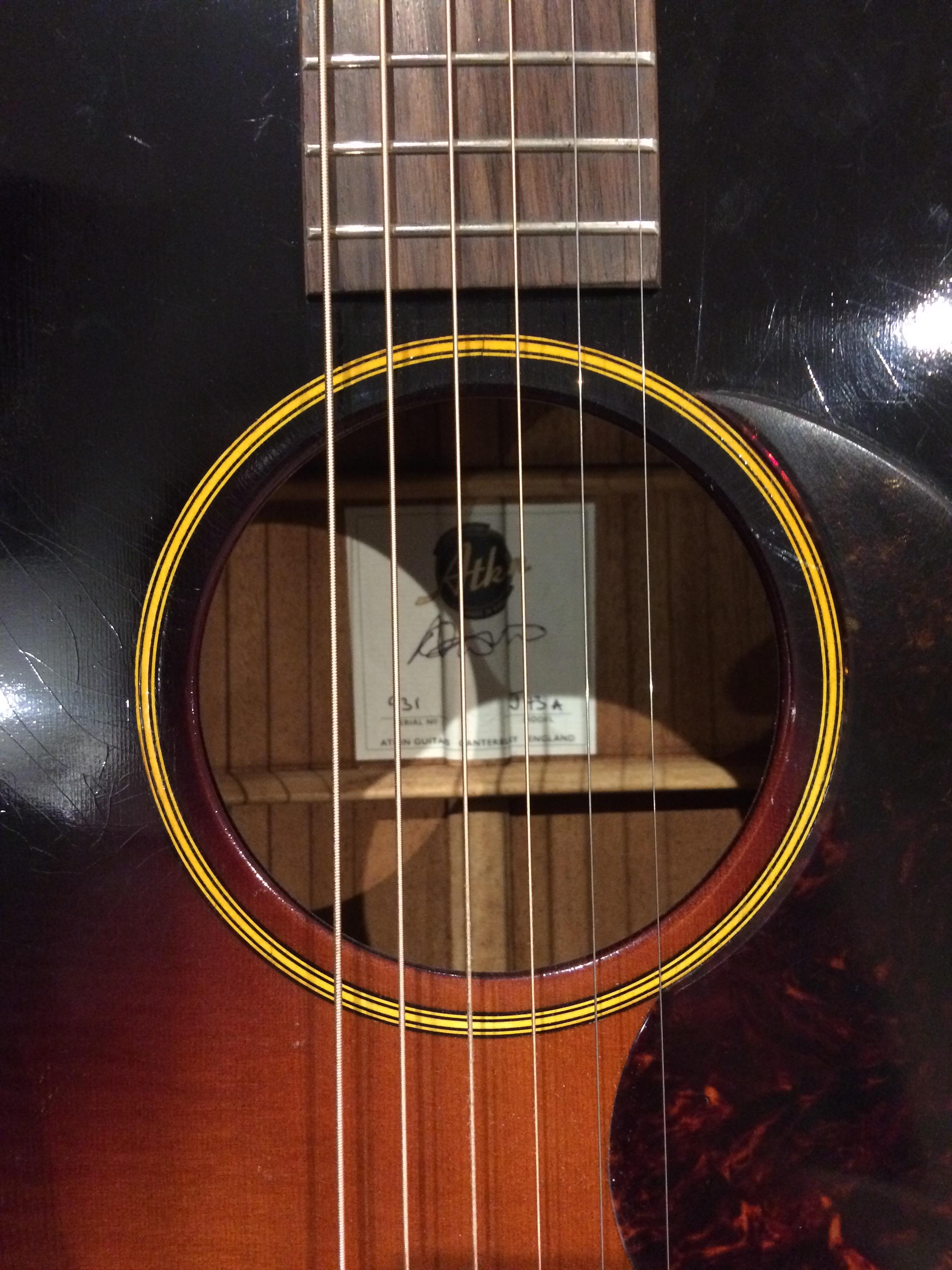 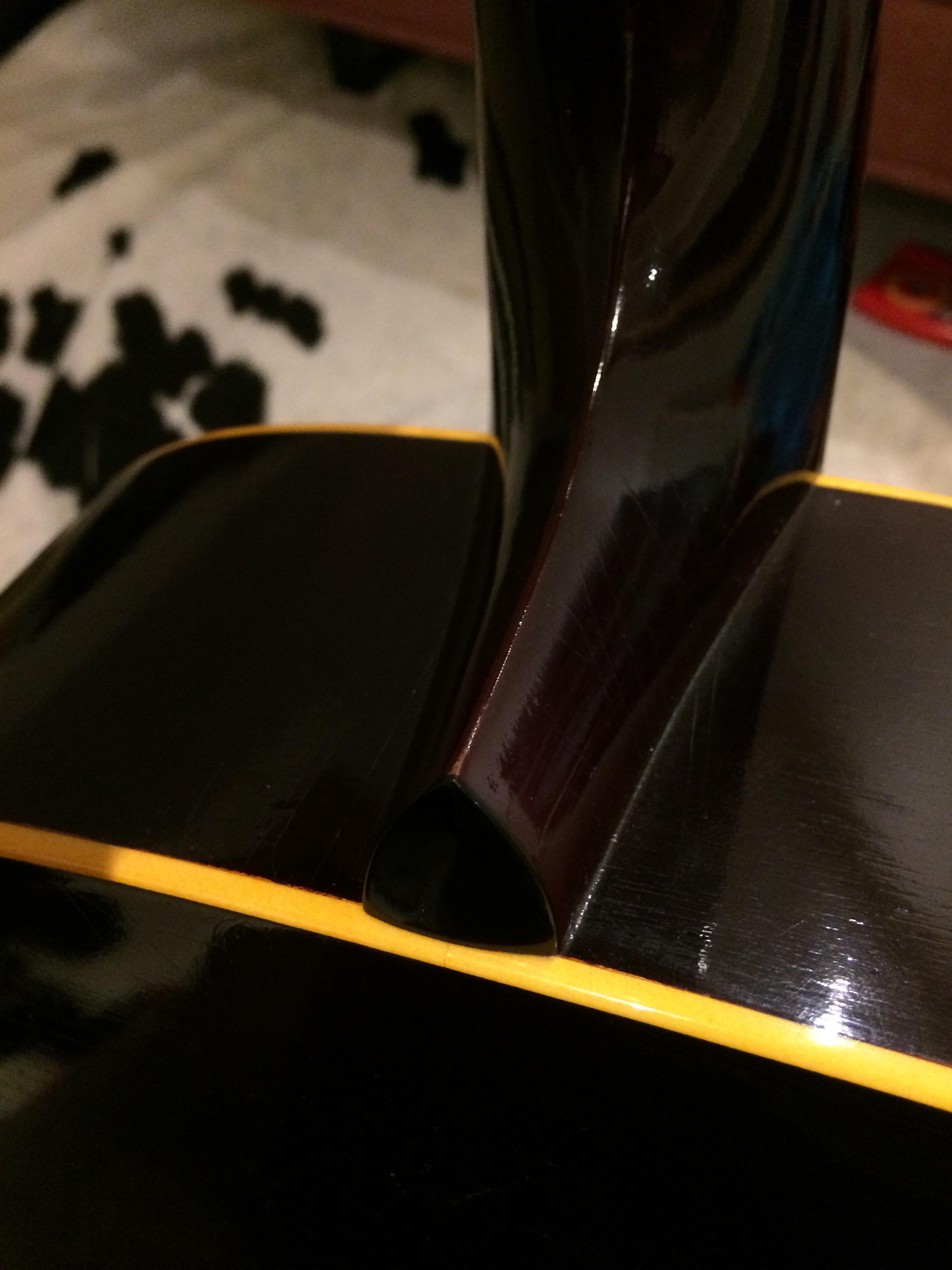