FarleyUK Frets: 960
January 7 in Guitar
Slightly belated, but I managed to bag a bit of a bargain over Christmas - a 2010 (I think) Les Paul tobacco burst Custom from GuitarGuitar.

It's got a richlite fingerboard, which I was pretty skeptical about - but it plays beautifully. The neck is somewhere between a 50s and 60s as well, and feels great. Plus, it looks fantastic too

Did replace the Gibson pups with some Bare Knuckle Rebel Yells, which are silver instead of gold... but have some black and gold engraved Rebel Yells coming from the guys at Bare Knuckle in the next couple of weeks, which should complete the look. 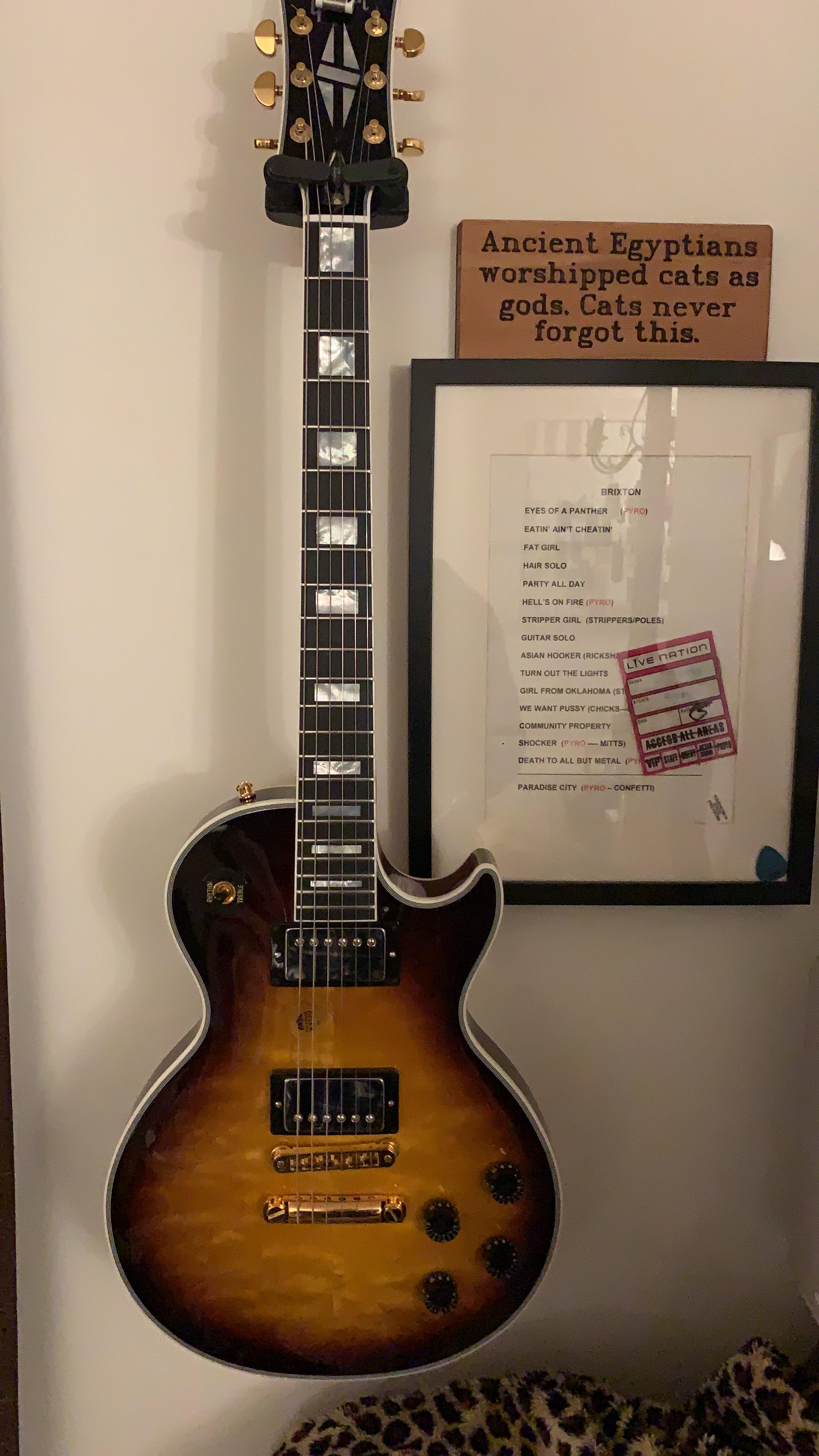