Definitely a Project - Yamaha Pacifica - Help will be needed

harryburke360 Frets: 704
March 24 edited March 24 in Making & Modding
Today, the 24th of March, is my 22nd Birthday. While stuck in quarantine, I wanted a project to fill up the days. 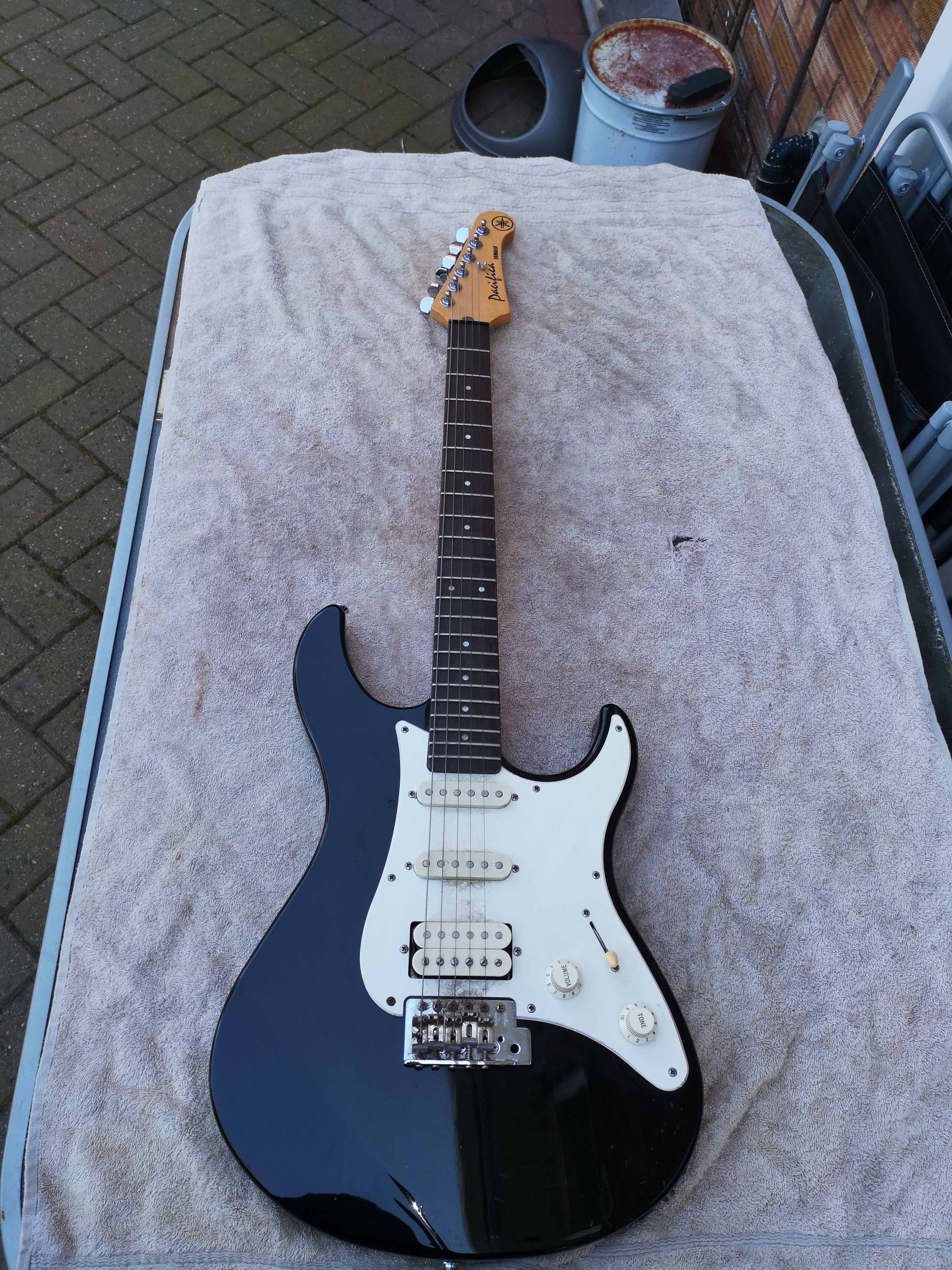 You may be able to see from this image, there are some issues. Firstly, it's filthy. The more eagle eyed amongst you may also know its missing a bridge saddle for the high E, and subsequently, the string has also gone. The electronics also do not work, in fact the plastic jack plate has shattered entirely, probably at the same time a chunk was made in the back which goes right down to bare wood. Did I also mention it's filthy?

So, I don't plan on spending a fortune on getting her into a tip-top shape, but I will be experimenting on it. I currently have a Tele, a 335 and a strat, in black, red and blue respectively. With this battered pacifica, I want to create something entirely different, unconventional, and suited to the jangly indie sounds which I play a lot of.

So, the current to do list:
- Clean up the neck and plastic parts of the guitar as best I can
- strip battered black poly from guitar
- refinish (I have a few ideas about this - that may or may not involve something @Andyjr1515 taught me once upon a time)
- replace the bridge
- replace the electronics
- new nut
- if budget is still there, new tuning keys

And don't think you guys won't be able to get involved - in fact, I will be relying on the expertise of the people here for this entire project. Which leads me to my first question: