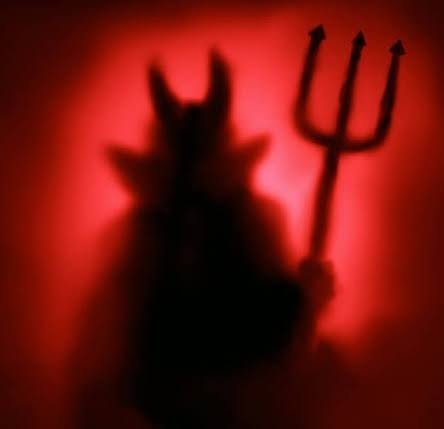 The Donner Vintaverb is a relatively new reverb pedal from the budget brand Donner. Full disclosure, the company sent me the Vintaverb for review, but made no stipulations on the content of this review, nor would I have accepted any. The pedal is available from the company's website - Vintaverb product page - and other retailers.

Anyone who has bought an effects pedal via Amazon recently would be aware of Donner. The budget brand has a wide range of products available for inexpensive price there, from effects pedals to other musical accessories such as instrument stands and gig bags. I already own the company's Circle Looper which I believe to be the best loop pedal available for under £100.

I'm on the lookout for a new reverb pedal, wanting something lush and musical and perhaps modulated in interesting ways. The Vintaverb isn't that kind of pedal - the Vintaverb is a much more simple device but it does offer some interesting features.

Clad in a tidy mostly-unpainted metal shell the Vintaverb has the look, if perhaps not the feel, of a boutique device. The artwork is subtle and pleasing. Four controls and a small switch are the extent of the controls and input and output is available in stereo. There is no battery bay and so the pedal is powered via the traditional centre-negative 9v socket at the top of the device.

The Vintaverb offers a choice of buffered trails-on mode and true bypass. Switching between these two modes is a simple matter of holding the footswitch while powering on the pedal.

The controls are Mix, Decay, Tone and Mode Select. There's also a small toggle switch to move between a long or short predelay. I found that this switch also seemed to affect the decay length.

The modes on offer are Room, Studio, Hall, Plate, Spring, Mod, and Dsverb. And what do they sound like?

The Vintaverb is an interesting reverb in that to me it sounds more like a diffuse delay with one main repeat that spreads out like a stone thrown into a pond. This is more apparent when with the pre-delay set to long.

Rather than offer seven very different modes the seven on offer seem to be more like variations on a theme - and to these ears that theme is plate reverb. Certainly the Room, Studio, and Hall aren't particularly different. None of the available modes offer a large cathedral-like delay - but I thought the Hall mode with a delay ran into it sounded rather nice, and the delay kept the reverb going.

Plate is very much the core tone of the pedal. But this particular selection can sound a little boomy with the mix set to high.

The Spring sound is horrible. If you're after an authentic spring sound look elsewhere. This effect is just downright nasty. Sounding something like a cocked-wah into a slapback delay. Moving on Mod Reverb I found it hard to really distinguish the modulation in the tone, and turning up the tone control resulted in some crackling in the tone - whether the pedal was in front of the amp or in the loop.

Finally Dsverb offers something a little different. The Ds is short for distorted and this selection creates a reverb that begins normally but fades out in a distorted manner that's not a million miles away from a bit-crusher. The tone control seems to control the distortion and putting this at maximum makes the whole reverb trail distort. This is one of those effects that's not for everyone but I can imagine a few would really like it in an ambient setting.

It is worth noting that the Mix control on the Vintaverb doesn't just allow you to raise the effect to the same level as the clean signal, it goes beyond that. If you want one hundred percent wet then this pedal will do that, eliminating your clean tone entirely.

Surprisingly for a reverb at this low price point the Vintaverb offers a Freeze function by holding down the footswitch. The Freeze is additive, so any notes you play after freezing are also sustained. I would have preferred just the current reverb to be held on the footswitch press. However it's cool the feature is there for the price and again there will be folks that will make use of it.

The seven different modes aren't that different. They sound similar enough that they seem like variations on a plate reverb. The only different sound is the unusual attempt at a spring reverb simulation.

However, if you're after an inexpensive multi-mode reverb pedal for subtle sounds then this could be a pedal that appeals to you. For those who like the mix control past half way or big ambient sounds then you'll find this is where the pedal's weaknesses are uncovered. But for an always on room, hall, or plate there are sounds here that will please. I don't think it's the reverb pedal for me though, and the search continues.