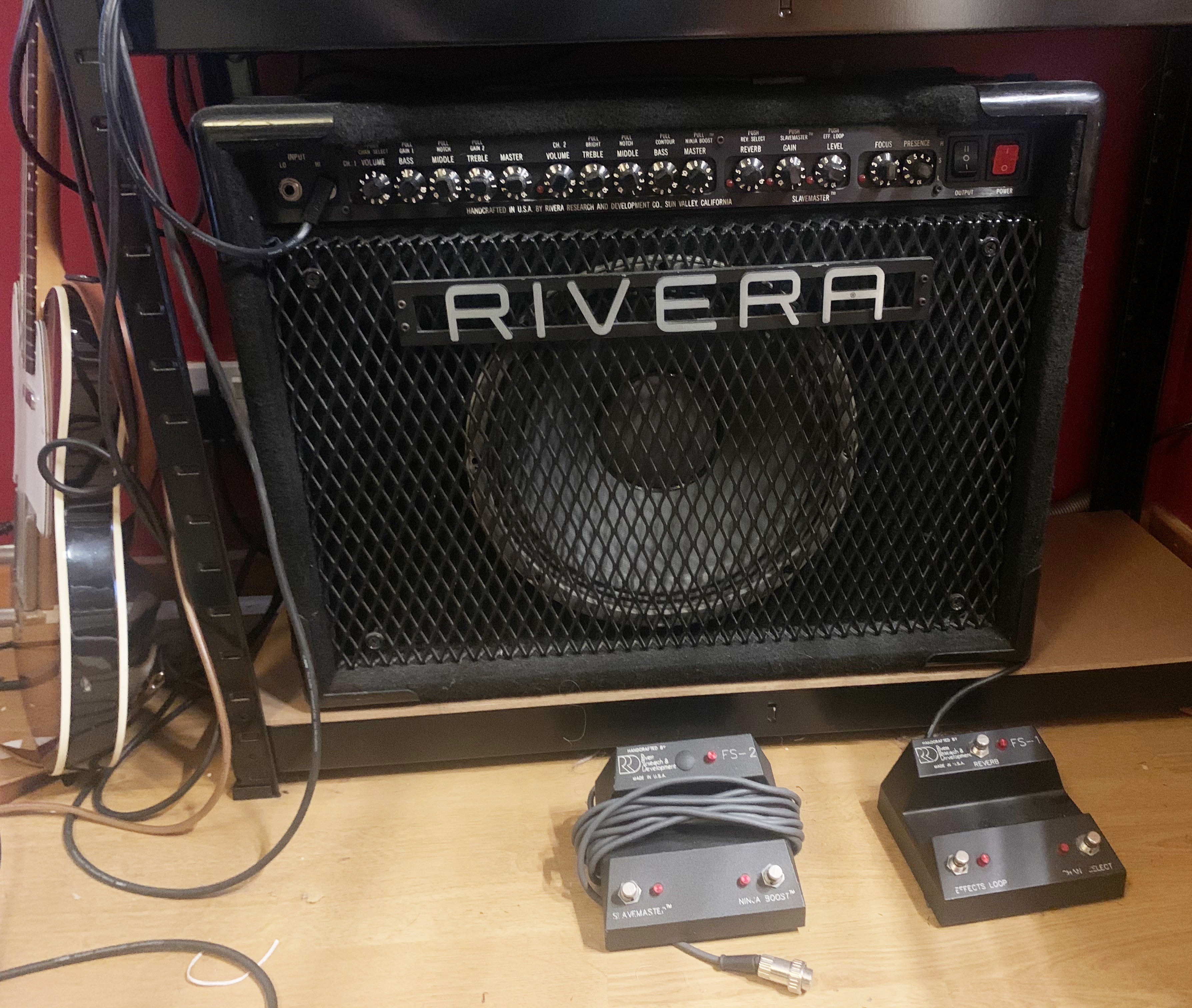 This incredibly versatile US-made two-channel 1 x 12 Rivera M60 combo does the lot, from pristine Fendery cleans to a huge and glorious fire-breathing kerrang.

It’s in excellent condition, albeit pretty ugly, and weighs very nearly as much as a small family car, in no small part thanks to the splendid EV12L speaker that the previous owner put in it.

It’s loaded with features including high and low sensitivity inputs, dual power settings to make it more suitable for home use, and selectable triode and pentode modes of operation for different amp voicings. In addition to the US-voiced (Fender) channel and the more Brit-voiced one (Marshall via Mesa Boogie-ish), there’s also an additional ‘Slavemaster’ channel, which quite honestly I’ve never quite managed to get my head around, as well as a footswitchable ‘Ninja’ boost. It’s also got a very respectable spring reverb. Basically, it can do pretty much everything and sounds great doing it. It can also get bloody loud if you want it to.

I’m mainly getting rid of it because I really only play clean so just don’t need all that versatility.

Collection preferred, although I could probably deliver for petrol money somewhere in the north of England/Scottish borders if I could combine it with a day’s fishing!

£450 plus shipping, or pick up from Gateshead.

Trades considered for something nice and uncomplicated, maybe even with a single channel.

Or how about a left-handed guitar? Anyone got anything interesting?

First up is my Marshall 1974x - 18w of hand-wired British raunch. I thought this would be with me for ever but, you know, priorities change and all that. It's in excellent nick and was very recently serviced and treated to a new set of valves by Martin at Stoneham Amps. Comes with pedal for the trem channel but no box or cover.

£700 plus shipping, or pick up from Gateshead. 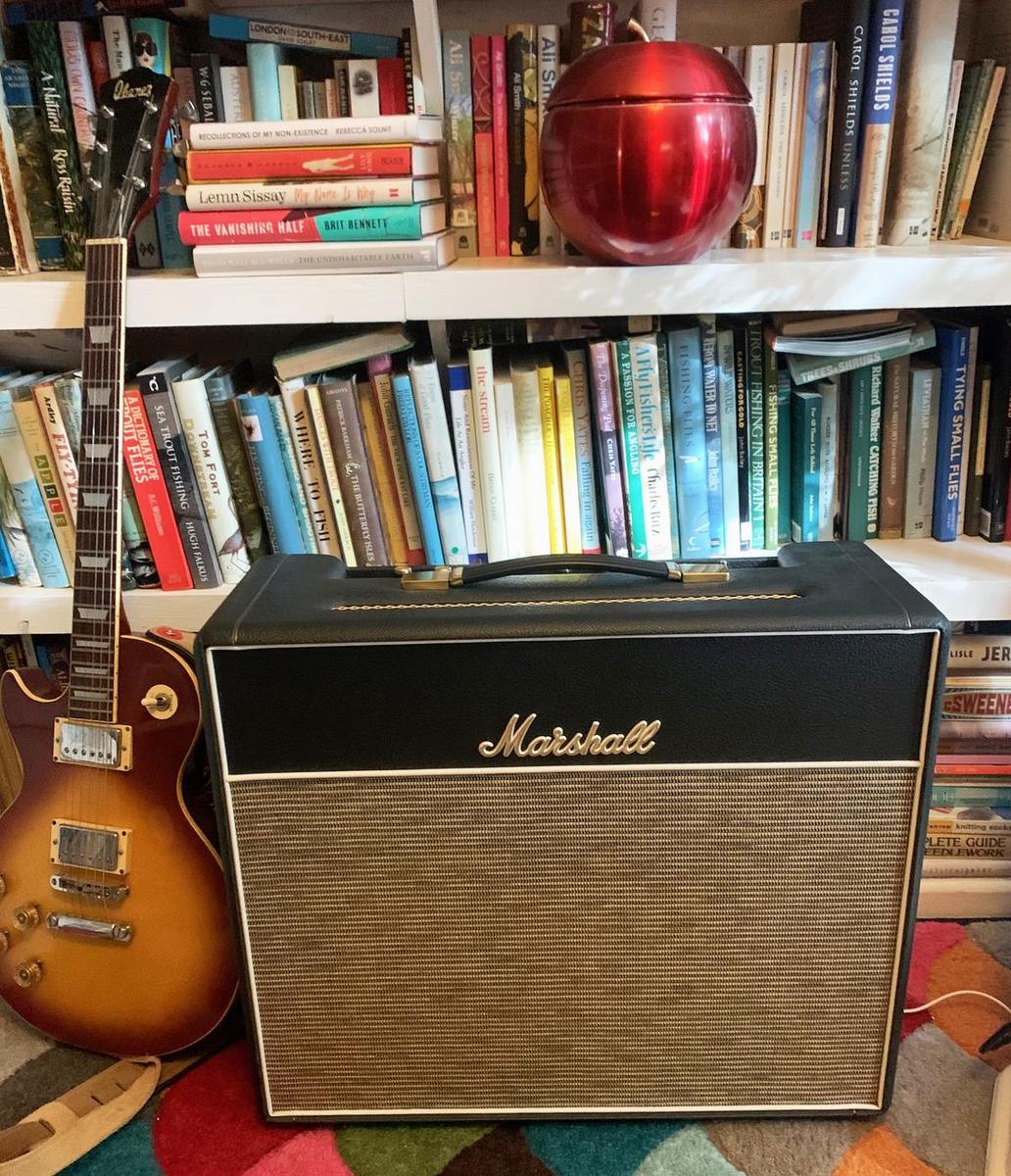 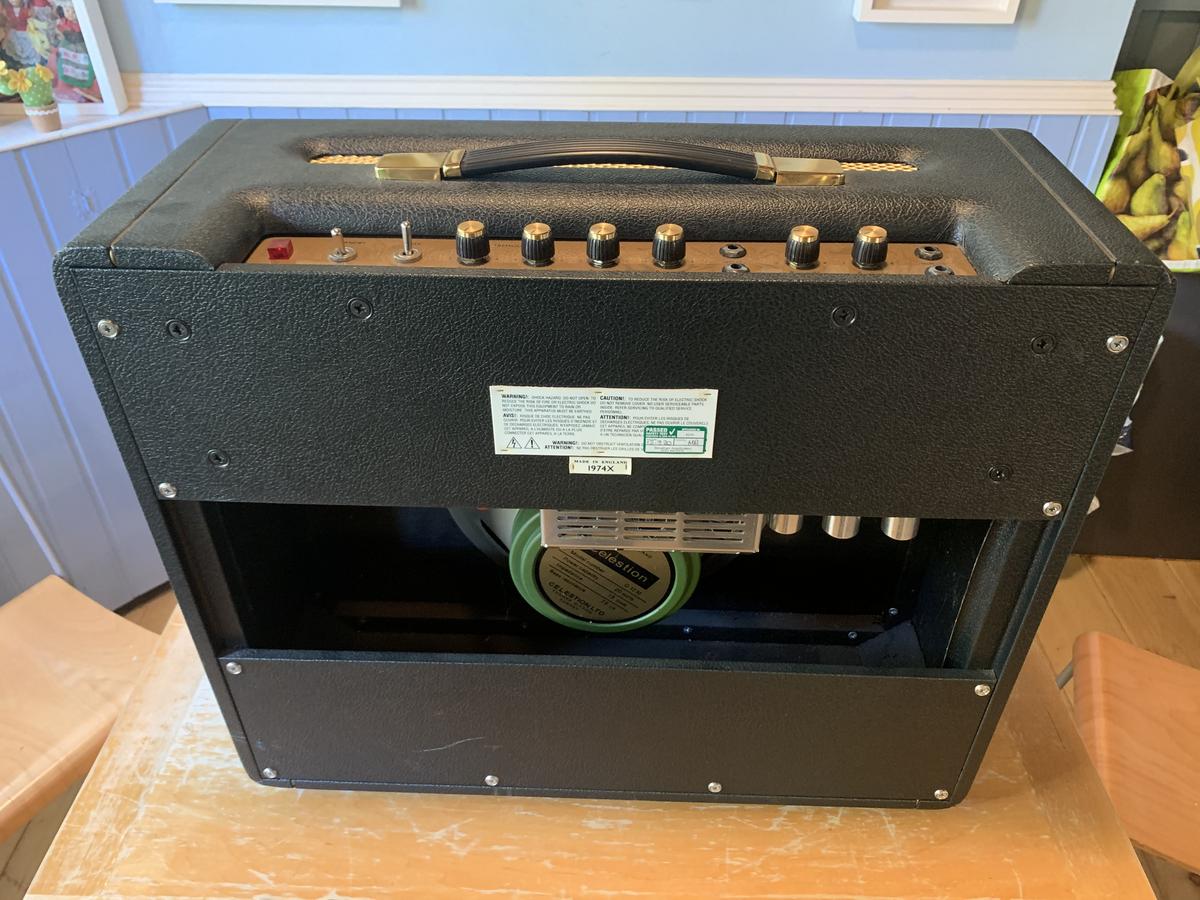 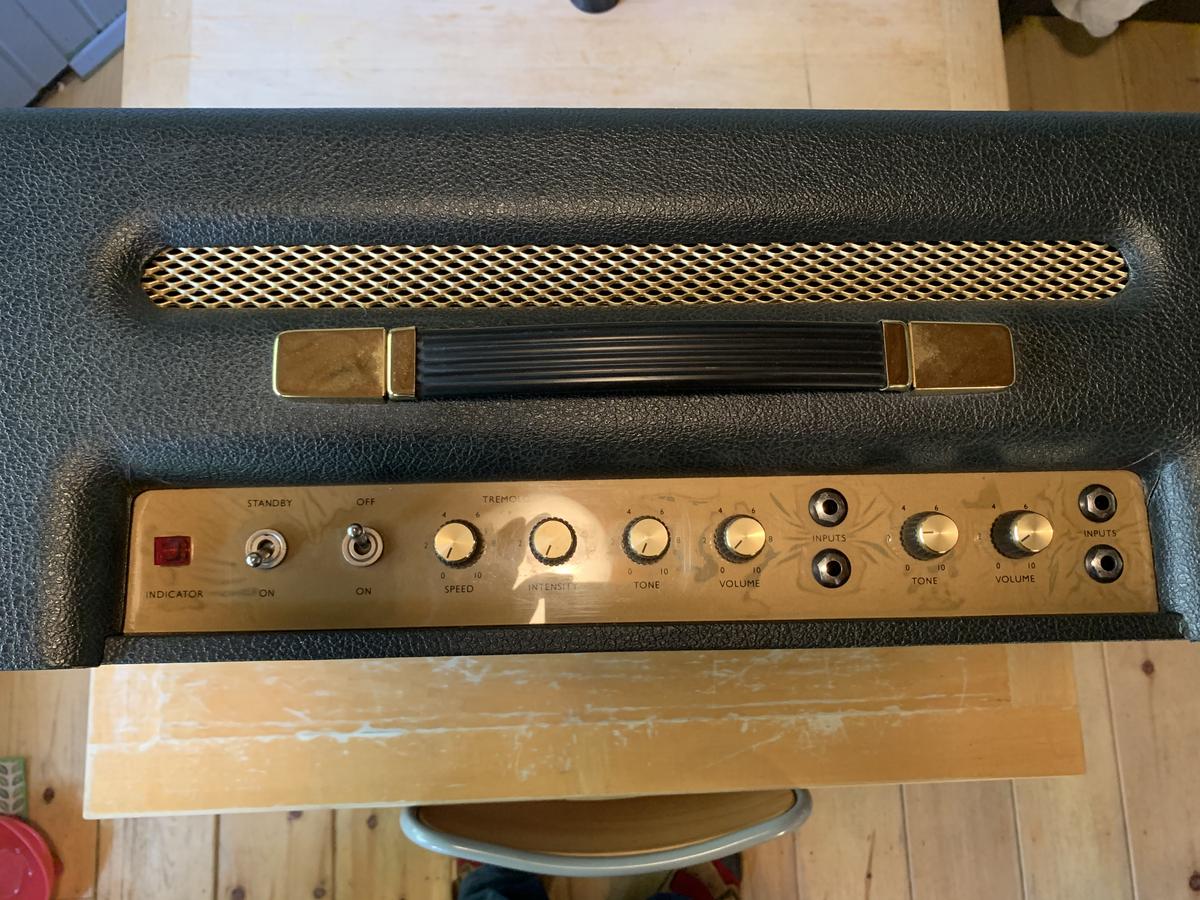