All you ever wanted to know about Gibson T Tops 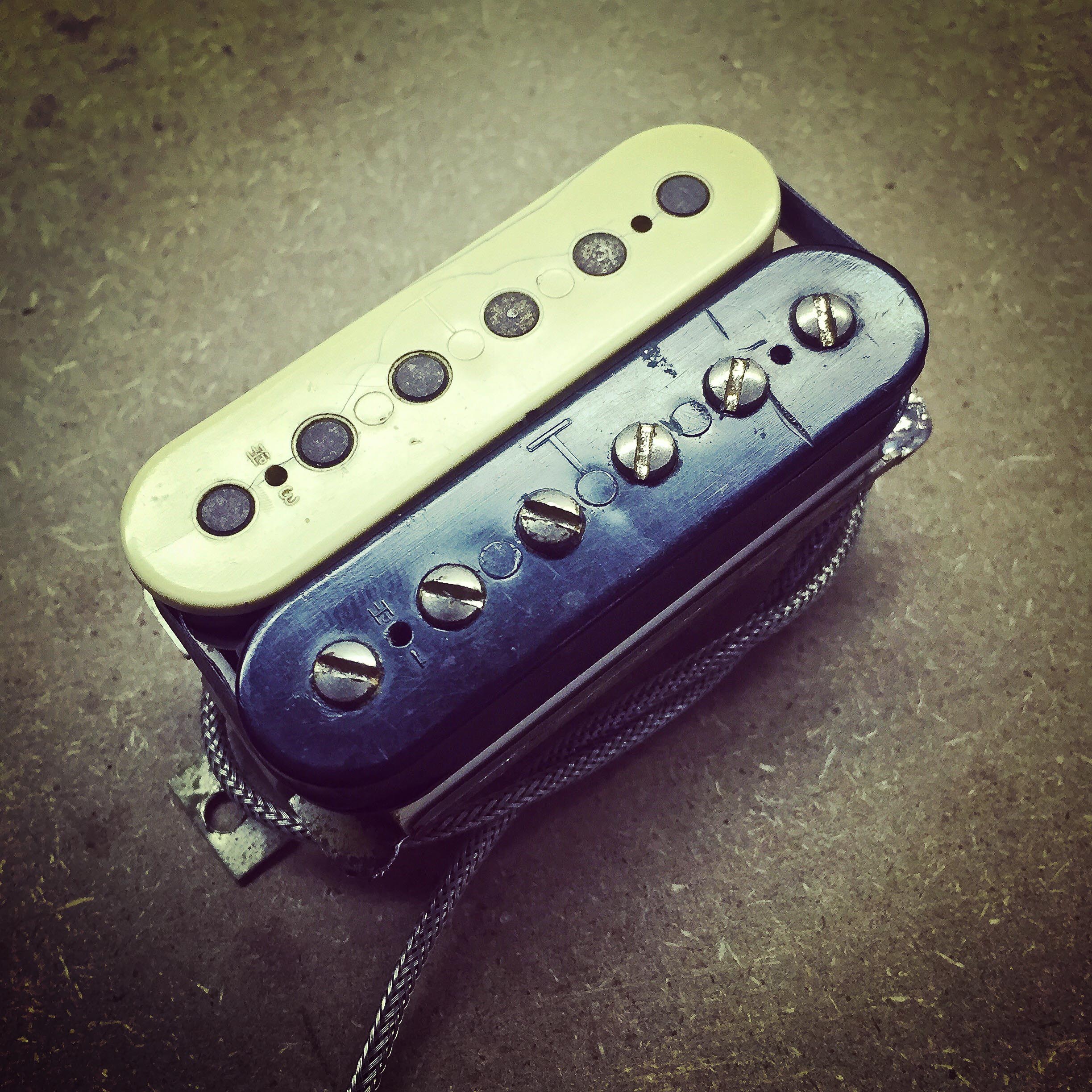 Amongst Gibson owners the 'T Top' humbucker is, next to the PAF, arguably the most sought after 'vintage' Gibson pickup. Examples change hands for what can be quite a lot money ... so what's the deal with the T Top.
Well firstly the T Top (it was never called that by Gibson) isn't so much one pickup, as a family of pickups from around 1968 to about 1980, that all happen to use the same type of bobbin. The old PAF bobbin with its distinctive little holes at one end was distinctly fragile, and when Gibson re tooled the bobbin they made it a beefier moulding. There is some crap on the internet about T Top bobbins having a wider winding area ... this simply isn't true ... there is the 6.25mm winding area the PAF had, but with a slightly thicker top and bottom plate/flange, presumably to help stop bobbin 'flare' when winding.

Some time before the introduction of the T Top bobbin Gibson had made the switch from the dark brown/black PVA coated plain enamel winding wire that had been used on the PAF and on the 'patent' pickups of the early sixties ... to poly coated winding wire ... in shades from red to copper. The change made sense to Gibson I'm sure. PVA coated plain enamel is an utter bitch to work with, difficult to solder, hard to handle when threading winding machines, and more prone to mechanical damage in the winding process. Fender too had changed to poly wire at about the same time. All T Tops are wound with 42awg poly wire.

Gibson's production techniques were much more standardised in the T Top era than in earlier PAF days, so it's not surprising that every pickup I've handled with T Top bobbins (bar one which I shall come on to) came in around 7.5k bridge and neck.

Regarding magnets, the T Top used ... according to most sources ... alnico 5, rough cast 'short' magnets ... but this is where I prefer to call the T Top a 'family' of pickups, because around the mid seventies Gibson seem to have used alnico 3 for a while, then by 1978 ... possibly prompted by the popularity of aftermarket DiMarzio replacements, they had started to use double thickness, slightly narrower Ceramic magnets exactly like the DM Super Distortion. These variants will, of course each have a different sound.

The one pickup I have encountered that didn't have the expected 7.5k output was a very early Gibson 'Dirty Fingers' humbucker that was around 13k and also used T Top bobbins ... obviously in that case with the extra 'outrigger' magnets that characterised the Dirty Fingers.

Right ... let's take a look inside a T Top that's been on my work bench recently:

note the distinct 'bullseye' tooling marks have gone from the tops of the pole slugs (a feature of PAFs) ... and how the slugs don't actually come up flush to the top of the bobbin.

Here you can clearly see the twin white plastic spacers that the T Top used ... as opposed to the maple ones used in PAFs and early 'patent number' pickups. You can also see the end of the rough cast A5 magnet in this example.

Here you can see that the coil connections were made on the same side as the output cable comes in ... unlike the PAF and Patent, where the braided wire feeds under the bobbin and the connections are made on the other side. This saved Gibson a whole two inches of hookup wire per bobbin ... though is arguable less secure and more prone to breakage.

So now you can recognise T Tops ... so how do they sound? Well different to PAFs, but not as different as some people would have you believe. The chief difference is that both coils were wound with the same number of turns ... unlike the rather erratically wound PAF. This combined with the bright A5 magnet that most use make for a biting and aggressive sounding pickup. True, low in output by modern standards (especially in the bridge position), but quite happy when used under heavy drive ... but watch it ... they are unpotted, and can squeal under very heavy gain. Potting is actually not a good idea, as the bobbin material, like the older PAF's butyrate can warp with heat.

Personally I really like the alnico 3 versions I've come across ... they have a natural compression all of their own, and take pedals wonderfully.

Well that Folks is the T top ... As the months go on ... I will endeavor to bring you some other 'famous pickup types on my work bench' articles ... watch this space.
Professional pickup winder, horse-testpilot and recovering Chocolate Hobnob addict.
Formerly TheGuitarWeasel ... Oil City Pickups  ... Oil City Blog